Can you believe it? Primary One is almost over. Four more days to go, to be exact.

A year ago, Edison stepped into his primary school for the first time (during the orientation). He was overwhelmed with the big school and huge number of boys that he hid behind my back most of the time.

After the Orientation, I was frantically trying to prep him for the major transition. From wearing his own uniform, handling buttons and zips, buying his own food, to taking care of his own belongings, he has to be fully independent.

I learnt enough from my friends and peers to believe that the day he started Primary One, he would bid farewell to his childhood. He will spend the next few years locked up in school and tuition centres. He will have lots of homework every day, and I’ll need to take time-off from work whenever he has exam.

Thankfully, that was NOT how his Primary One turned out to be. 🙂 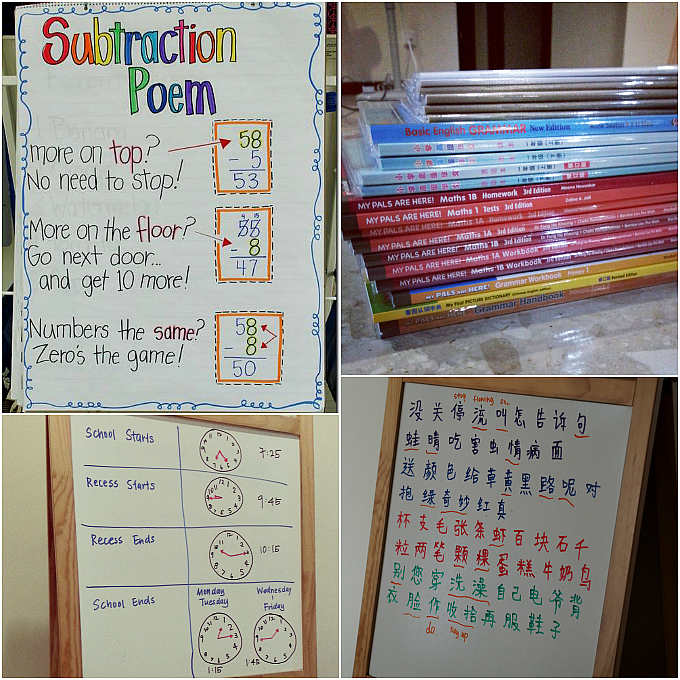 As a start, the transition to Primary One was not as difficult as I thought. I think it’s mainly because young children of this generation have an amazing capability to adapt to new environment and learn new knowledge quickly.

School hours are long, from 7:25am to 1:45pm, but the amount of homework is very minimal. I think probably because he did all his works at school, which is a good thing. So, he still gets the entire afternoon to play.

Every afternoon, I would call him from my office. How was school today? Did you make any friends? Did you manage to buy food? He would reply with “Okay, school is fine”. Occasionally, he’d say, “Today I had fun!”

My major concern was whether he’s making any friends at school. I was worried that he’ll be alone most of the time. So, the first question I asked his form teacher during the Parent-Teacher meeting was “Does he have friends in school?”

When his teacher told me that he does mingle with the boys sitting near him, I heaved a sigh of relief. My worry was proved to be unfounded. Although he isn’t the type of boy who is actively sociable, he did make the attempt to make friends. 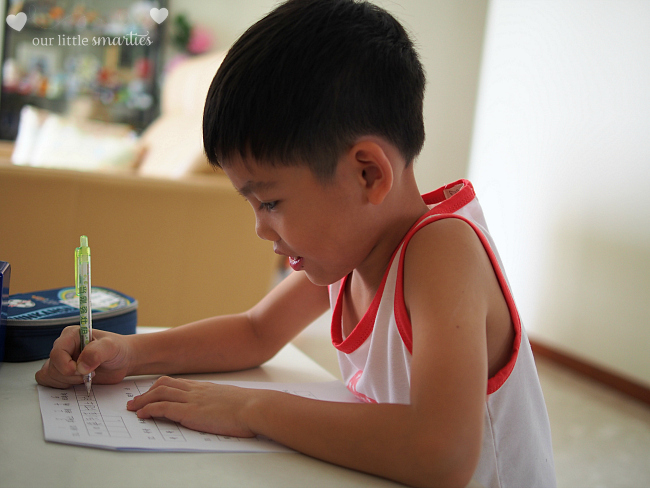 Some parents are against assessment books, but I admit that I’m totally obsessed with them. Every day he does a lot of works from these assessment books. Consistency is the key; I want him to do some exercises every day. Especially for Maths, he needs to practice doing all types of questions to strengthen his understanding.

But most of the days, I feel happy to see him blossoming from a painfully shy boy to a self-assured little man.

Grades aside, I witness that he has achieved a greater level of independence – not just at school, but at home too. He can handle fork, spoon and knife without the mess, he can shower and wear his clothes all by himself, and he can practise for his spelling test independently.

At the end of each term, he came home with a teacher evaluation and self-reflection sheet. The thing that I’m particularly interested in is whether he’s paying attention in class.

Yes, our boy is a day-dreamer. I heard that all the time from his teachers since his pre-school days. This term, I was extremely delighted to see this from his English and Math teacher. 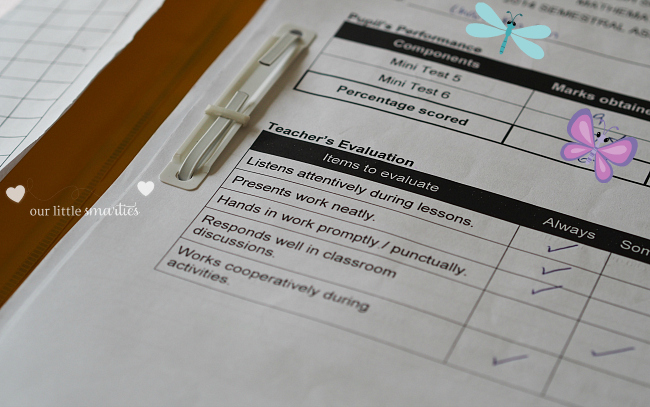 But he got a tick on the “Rarely” column for Chinese. When I questioned him, he said that he couldn’t understand what his teacher was saying. I nearly fell off my chair with that answer.

Truth is – he’s really struggling with Chinese. Maybe it’s my fault for choosing a SAP school for him, and he has to take Higher Chinese despite his poor foundation. Nonetheless, we started sending him for Chinese tuition every Friday (2 hours/lesson) starting from Term 4. 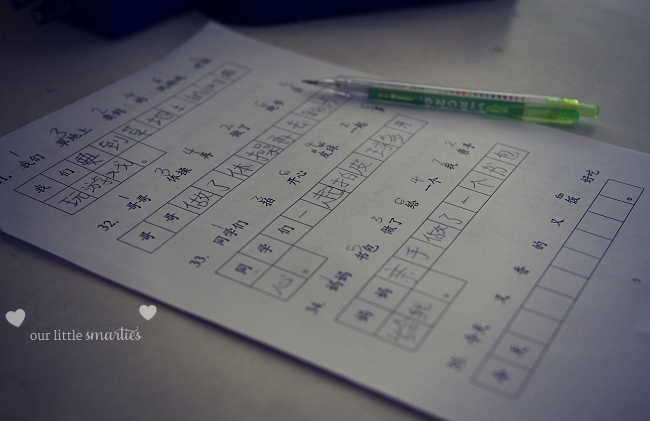 Anyway. Primary One is almost over just like that. I need to start thinking of what to do during this holiday. 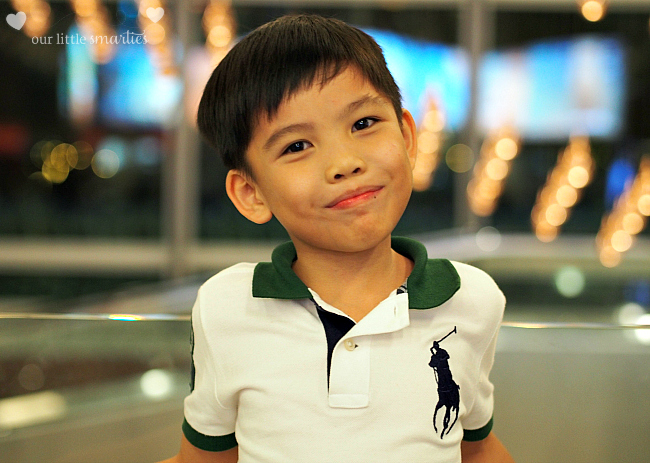 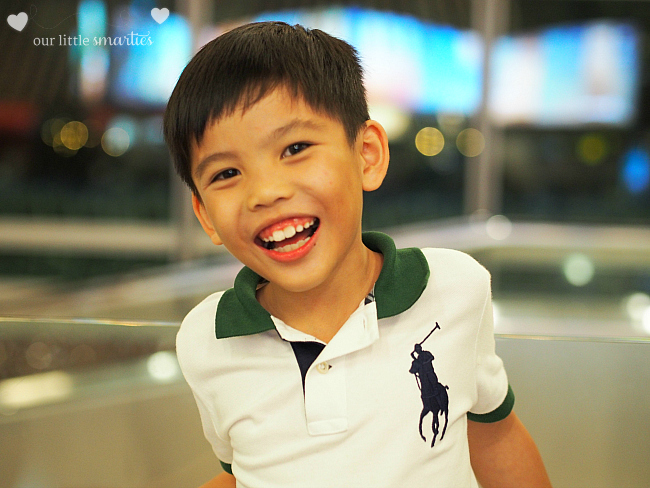 If your kids are also completing their P1 this year, let’s give them a pat on their back for all their hard works, adaptability and another milestone achieved!

Experience a Touch of Disney Magic at Changi Airport

I recall that Edison had Chinese class at HUA language centre during his kindy days? He didnt continue with it this year?

Hi Sharon,
He took one trial lesson at HUA, but didn’t continue after that. He didn’t like it. Then, we went to HAN Language Centre for a year.

Hi, how do you find HAN Language Centre personally?

Hi Jenny,
My son is now at HUA Language. He took the Chinese enrichment class with HAN Language for a year, but we didn’t continue as they were closing the branch at Sengkang swimming complex. Personally, I find that the syllabus is okay. But the frequent change in teachers was a big turn-off to me. In addition, I didn’t see much improvement in my son’s Chinese proficiency. Other branches may be different. I’m just sharing my experience based on the old Sengkang branch.

Hi Emily – any feedback to share on Han Language? Do you send Edison to the united square branch? Thanks.

Hi Li Mae,
I sent him to the Sengkang Branch. Sorry, I don’t have any feedback about the center. I think it’s just okay.