Nami Island, also known as Namiseom, is a tiny half-moon shaped island located in Chuncheon, 63km away from Seoul. The island is famous for its beautiful tree lined roads and stunning scenery. There are so much to talk about Namiseom, so I’ve decided to dedicate this post entirely for it. =)

As some of you might be aware, Nami Island was made famous by Korean drama Winter Sonata, and is now a very popular tourist spot. In fact, being a huge K-drama fan, I’ve also seen many other dramas filmed in this beautiful island. One of them that I could still remember is High School King of Savvy (2014), and this part of the drama was filmed here.

For a fuss-free transfer, you can book Nami Island Round Trip Transfer from Seoul on Klook. While you’re at it, you can also check out the Klook Exclusive Nami Island All Pass.

Nami Island is beautiful in all seasons, especially winter when it’s covered in pristine snow. My pictures may not justify the beauty of this island, so I made a collage with some pictures I found on the internet that depict the four seasons of the island. Our visit was in early summer, so it was slightly warm. 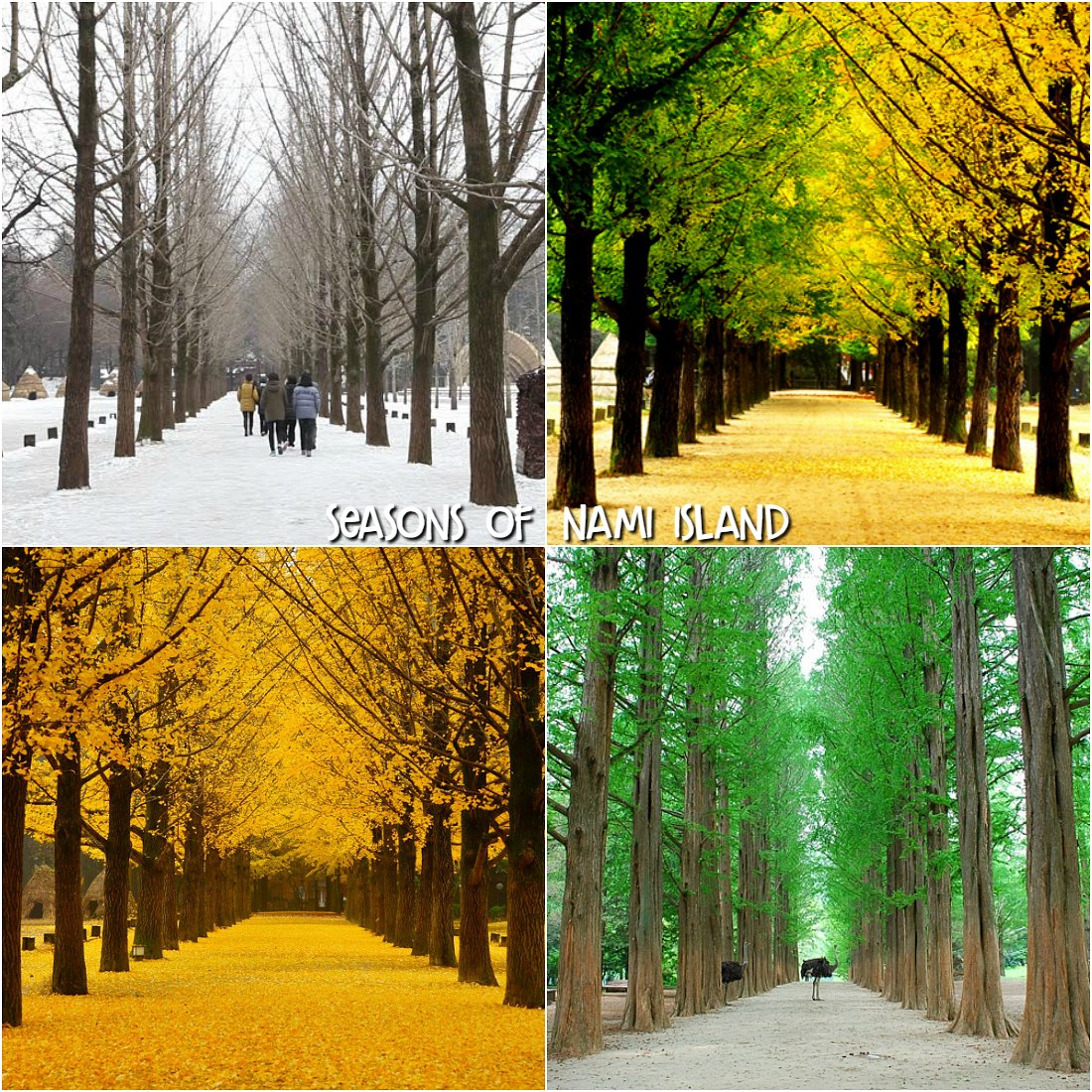 We left our previous accommodation at Seorak after breakfast. The bus journey took about an hour and we reached Gapyeong Wharf at 11am. From the wharf, visitors can enter the island via ferry or Zip-Wire. Even though it was a weekday, the ferry was quite crowded – mostly with foreign tourists. 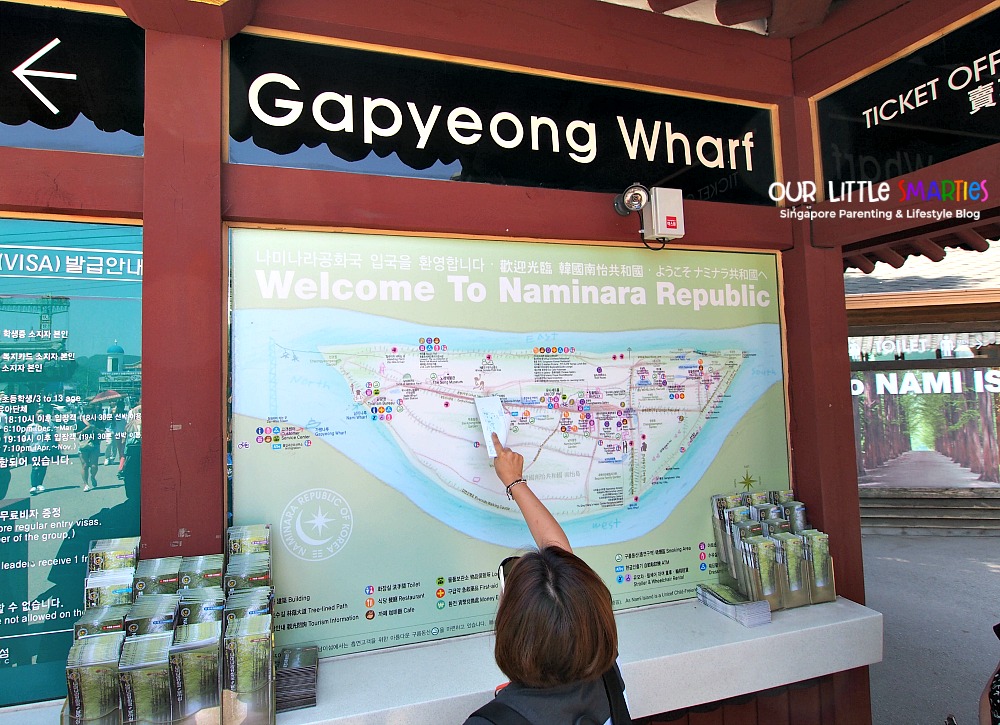 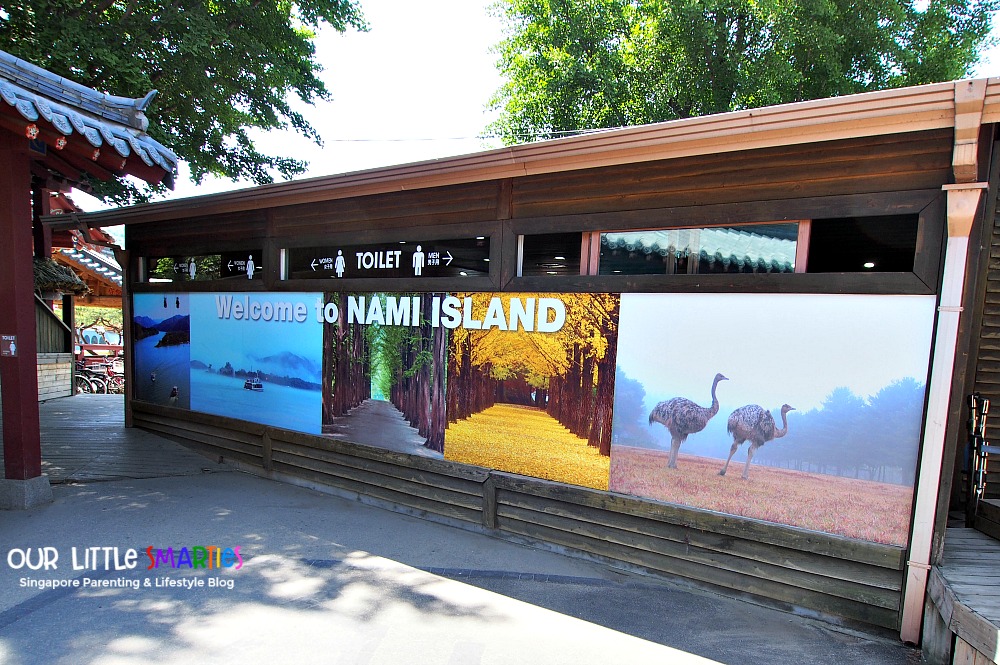 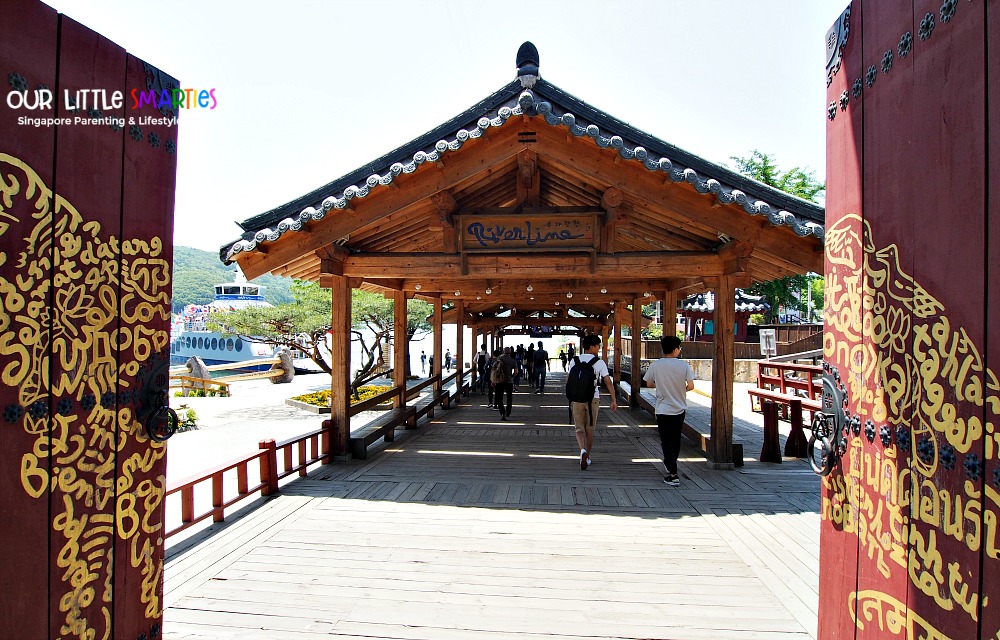 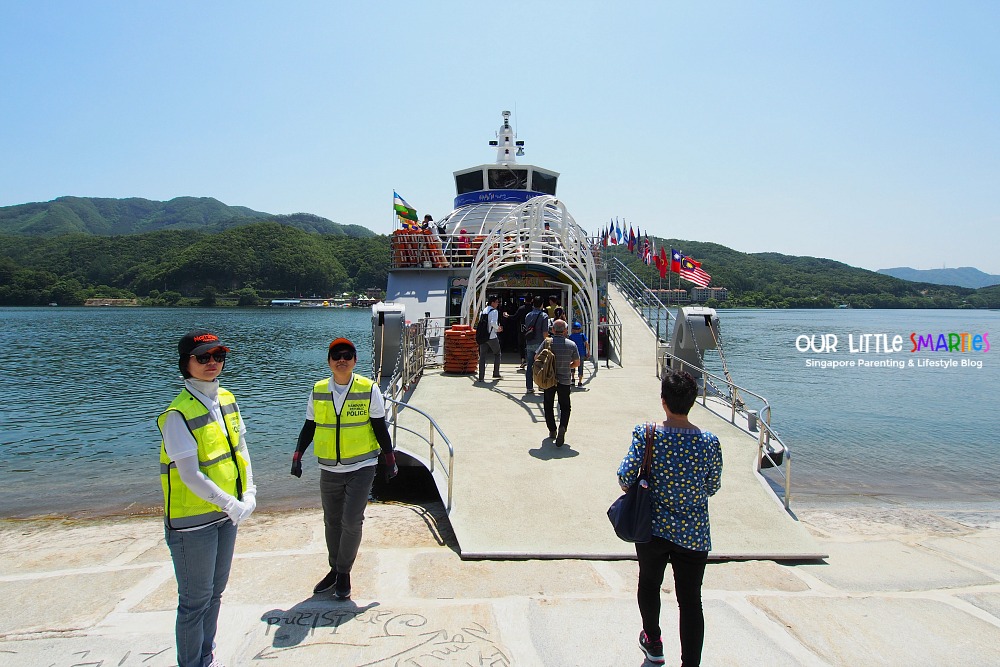 We reached Nami Island in just 5 mins via ferry! 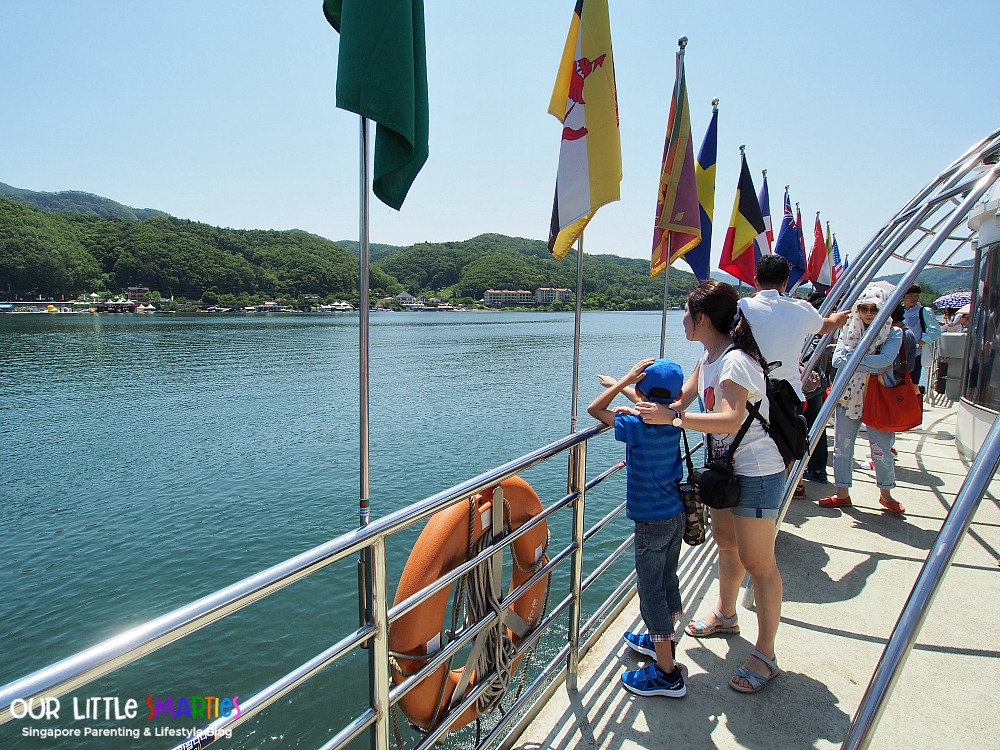 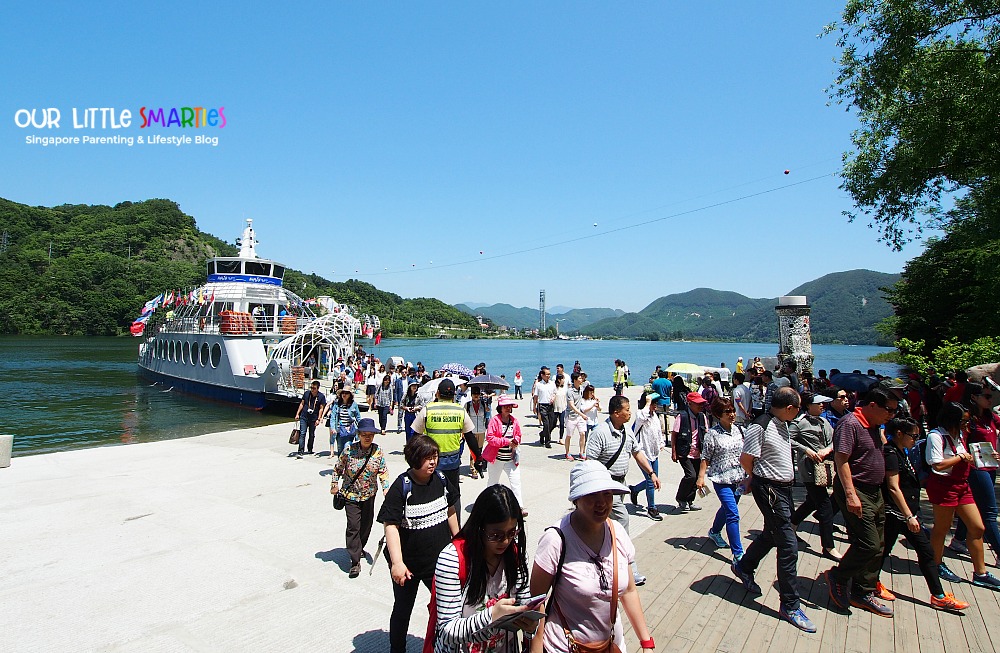 So many tourists! You can see the Zip-Wire from this picture 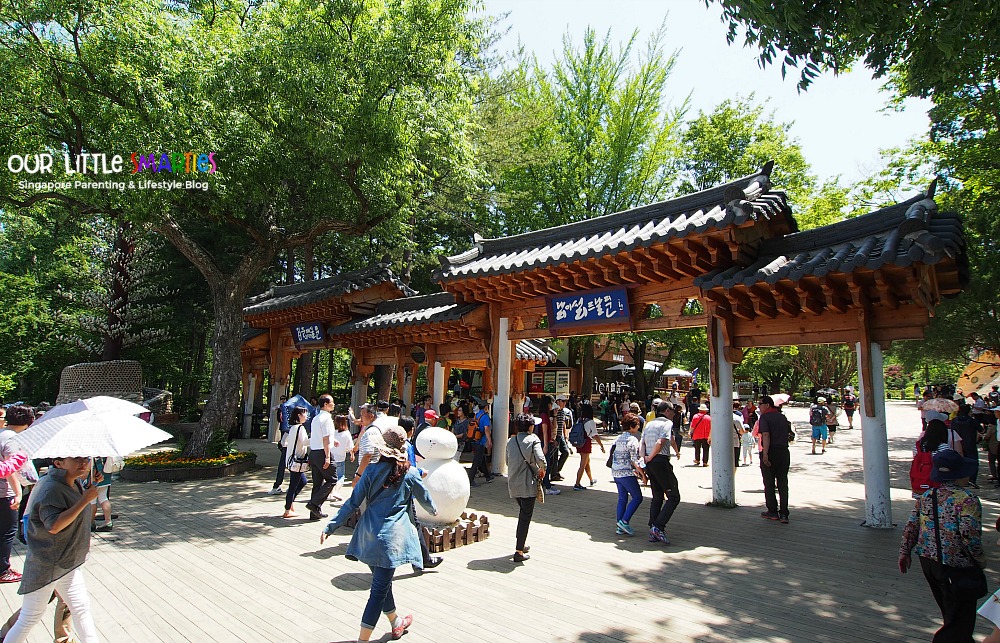 Entrance of the island

Nami Island was named after General Nami, a notable figure in Korean history who courageously fought in battles but died at the age of 28. The tomb of General Nami can be seen once you enter the island. 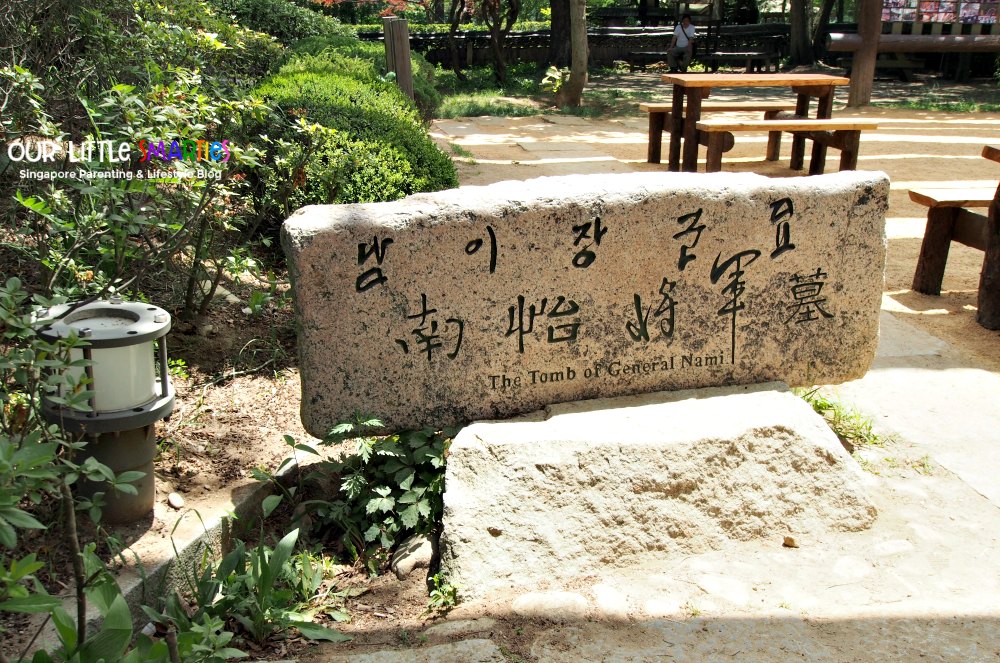 In this island, you can expect to see a forest of verdant trees holding up the sky, open grassy areas where ostriches, squirrels, chipmunks, ducks and peacocks roam around freely, several galleries including Song Museum, indoor and outdoor stages, and of course, filming locations of Winter Sonata and its statue.

Most people would recommend renting a bike to explore the island. However, I felt that it wasn’t necessary as the island is quite small and can be leisurely covered on foot. Price for renting a bike doesn’t come cheap either, and they charge per hour. Moreover, the main paths are always busy with people and bikes. It’s more stressful than leisure riding a bike here. 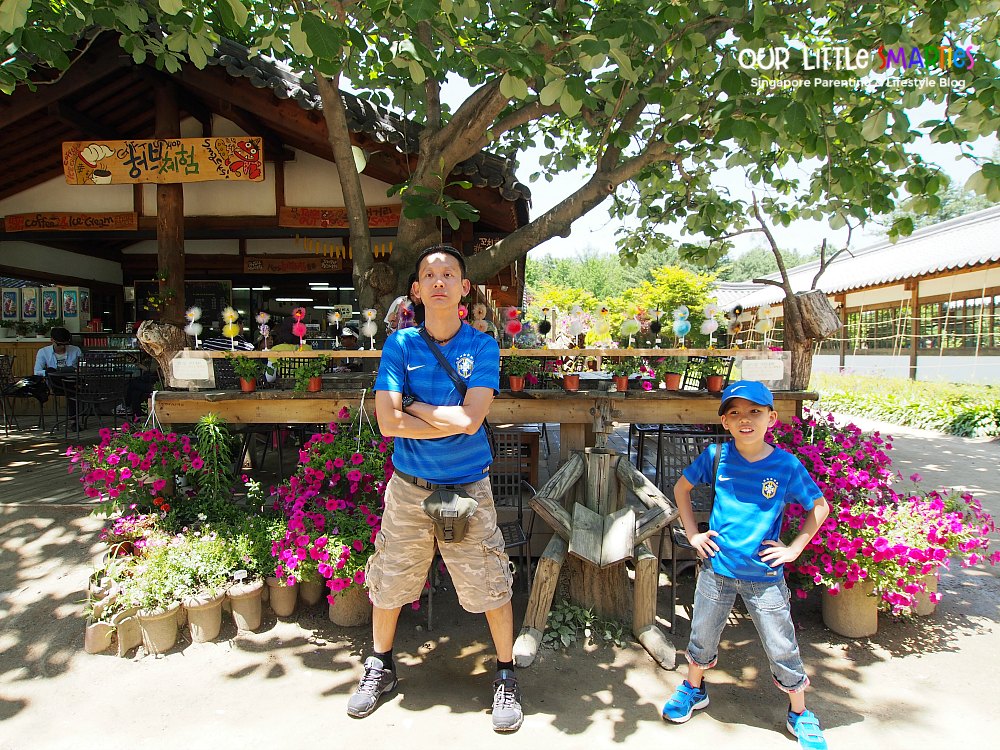 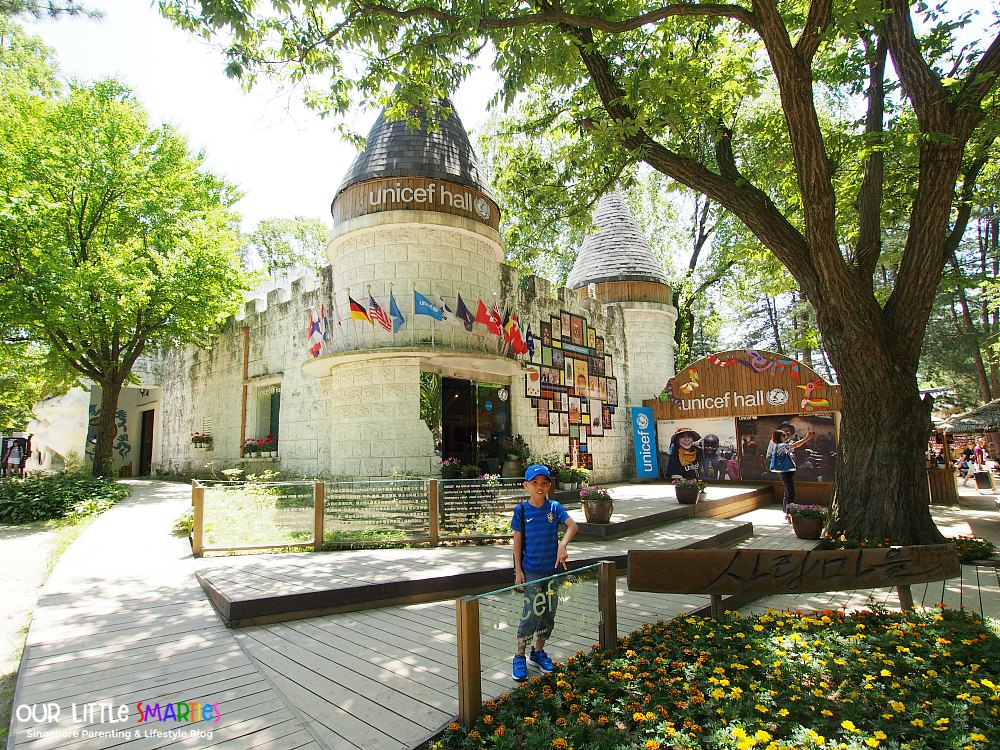 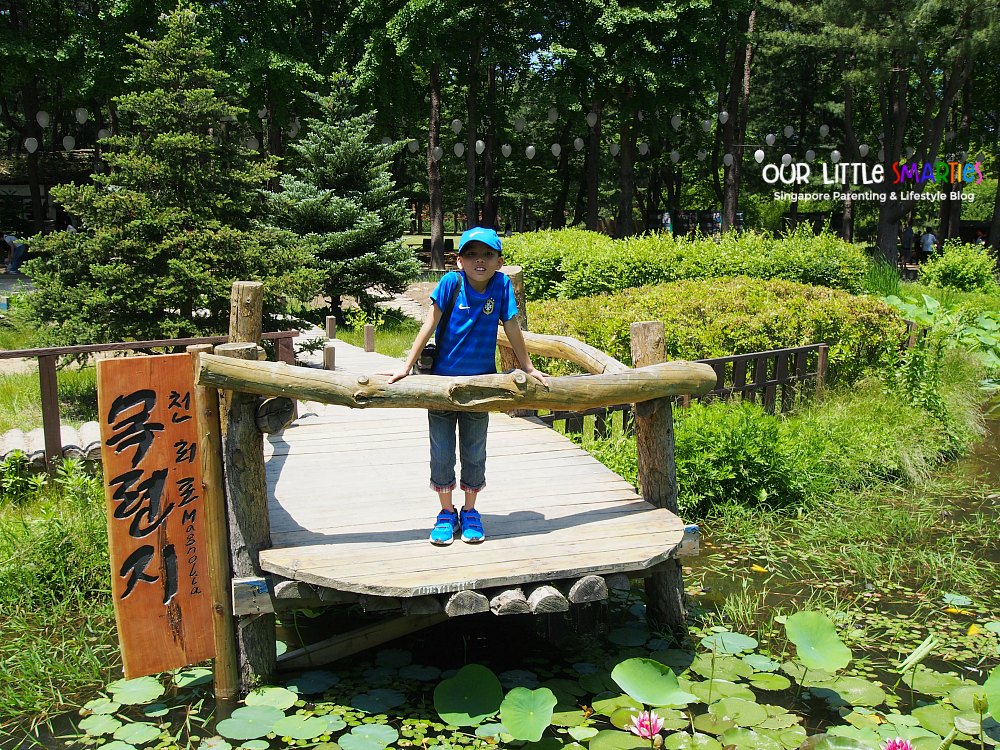 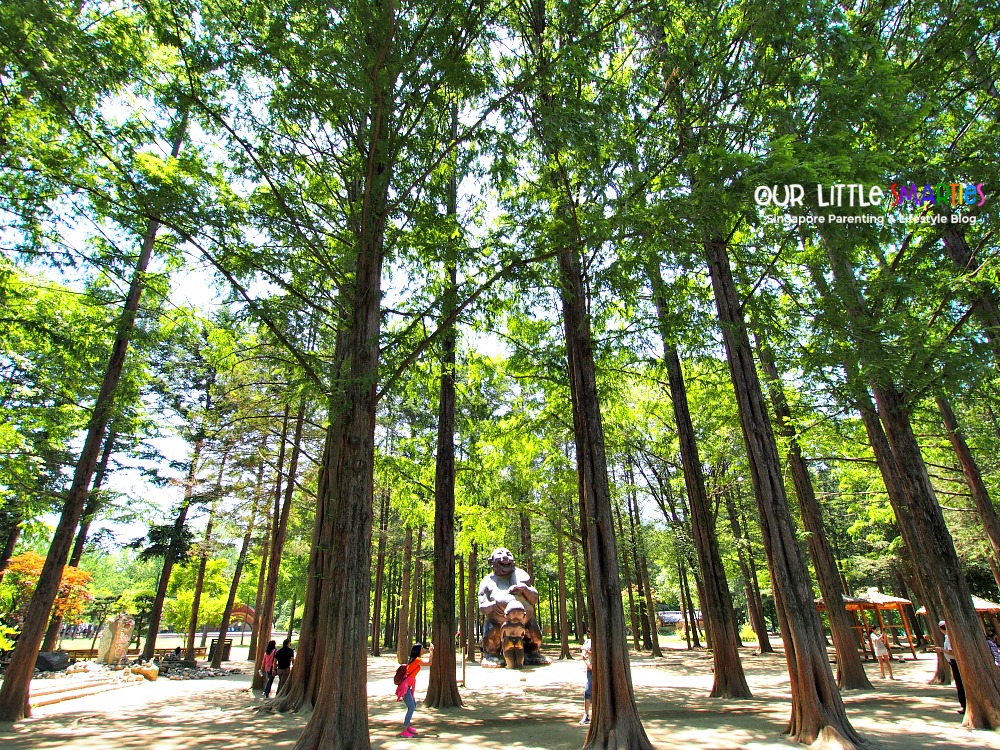 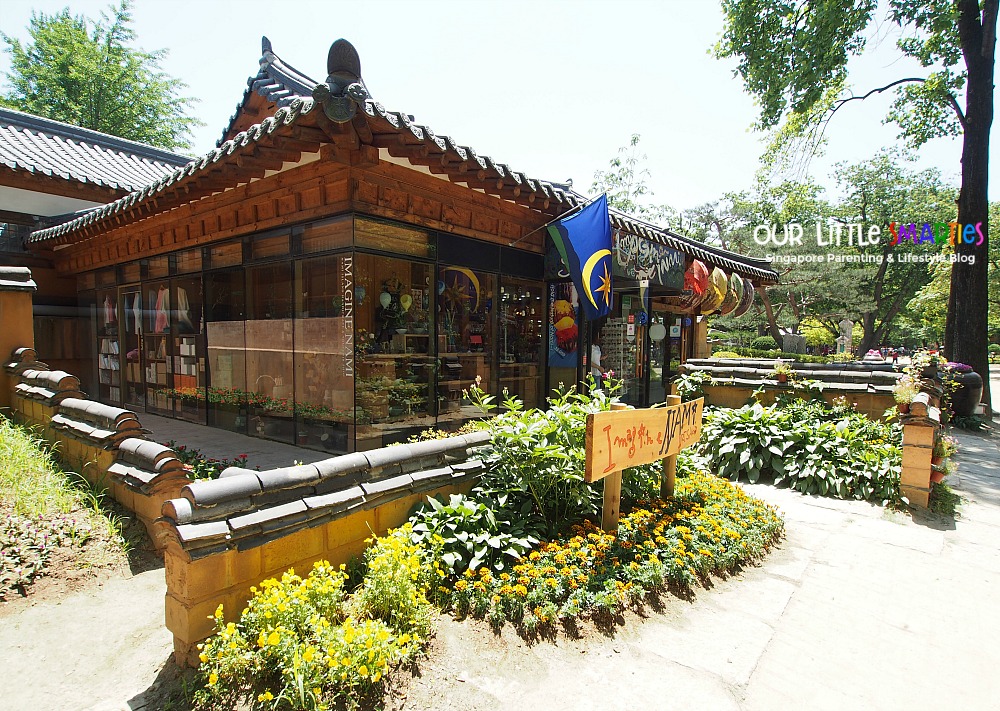 A leisurely stroll, on the other hand, would allow one to enjoy the scenery, wander off to smaller paths, and take beautiful pictures. It took us about 40 mins to walk leisurely from the entrance to the other end of the island. The island is indeed quite small. 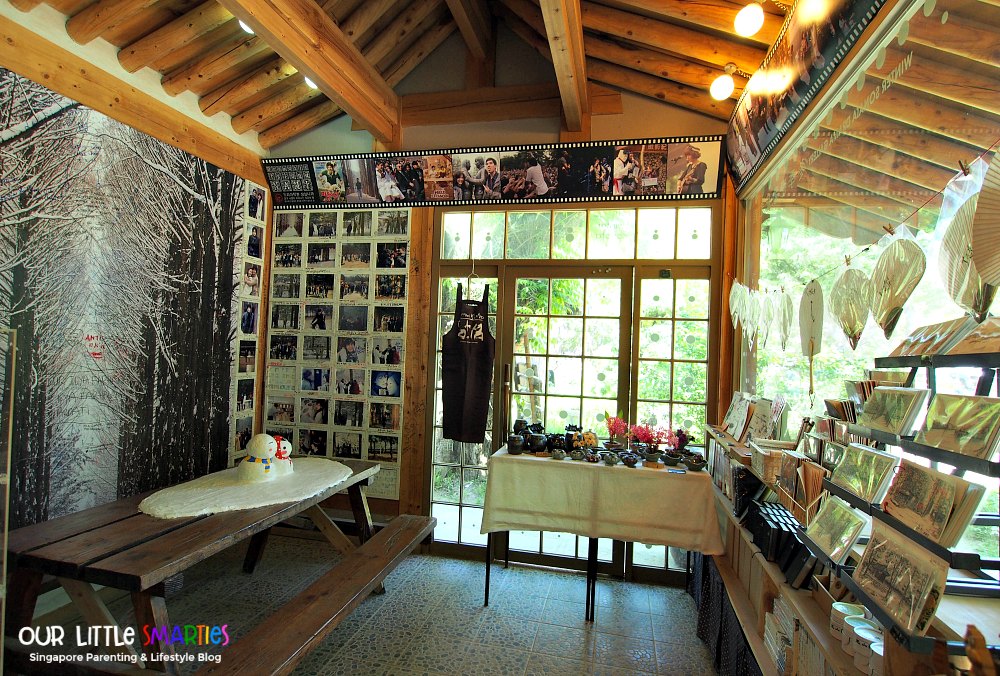 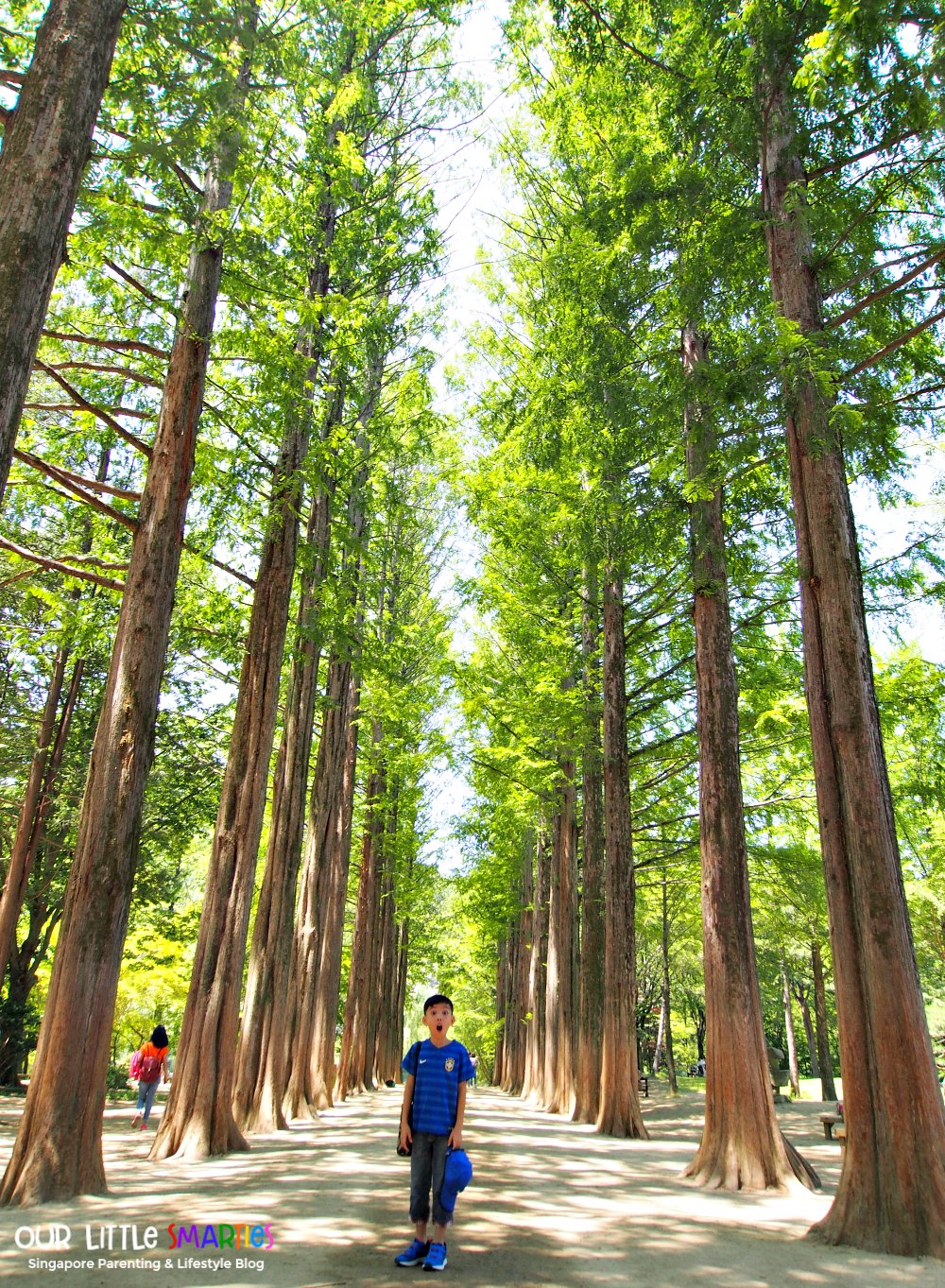 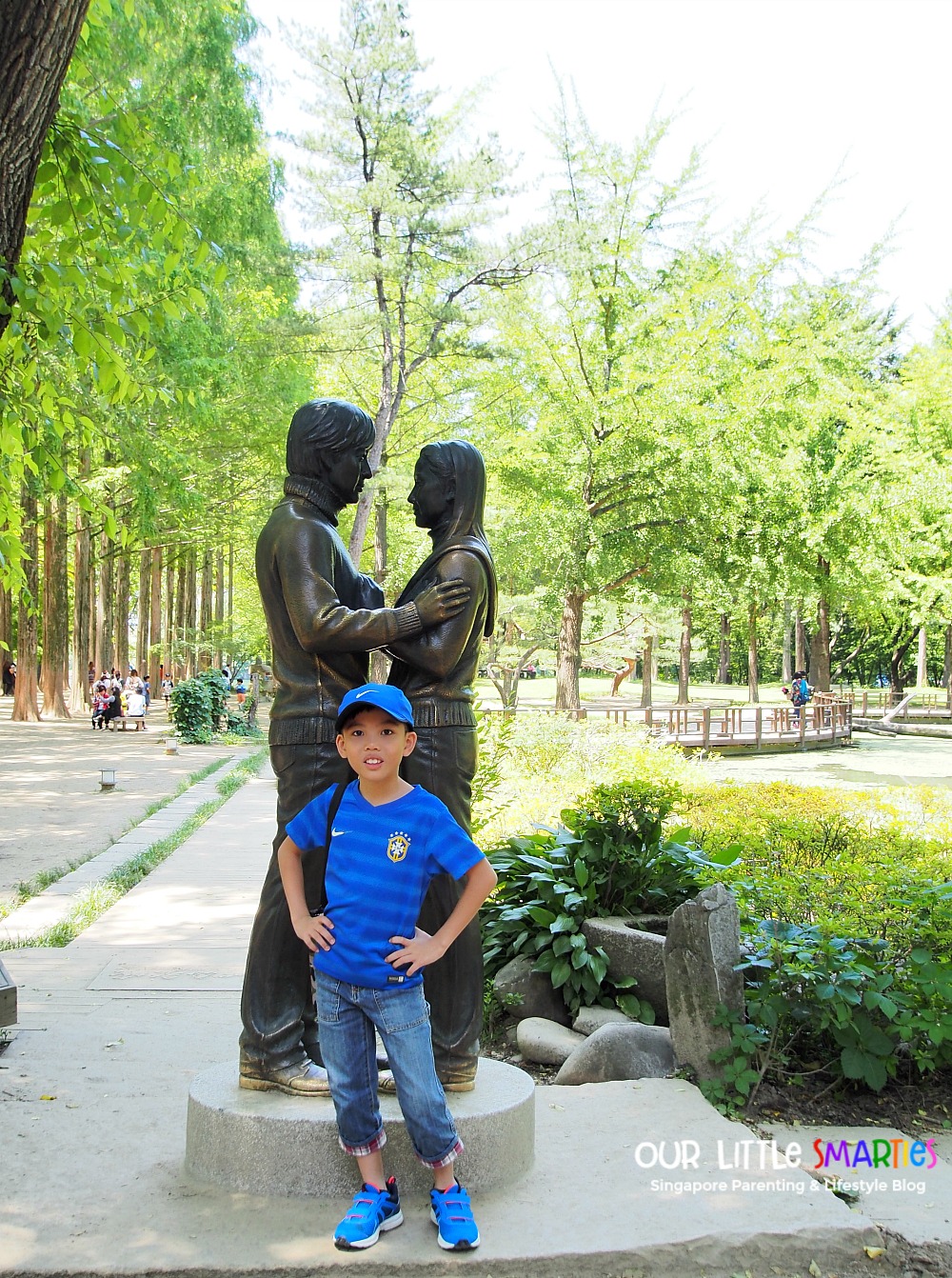 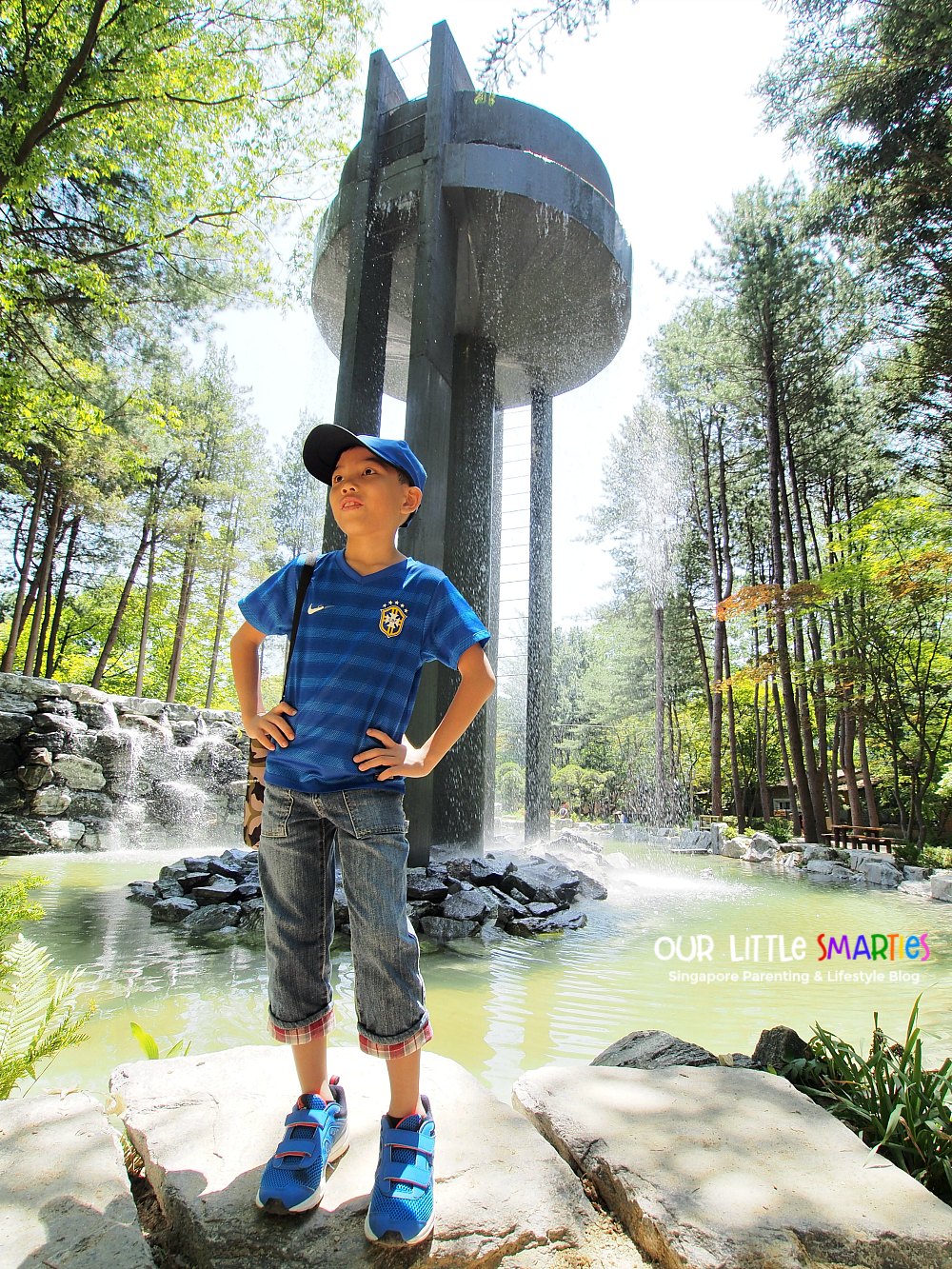 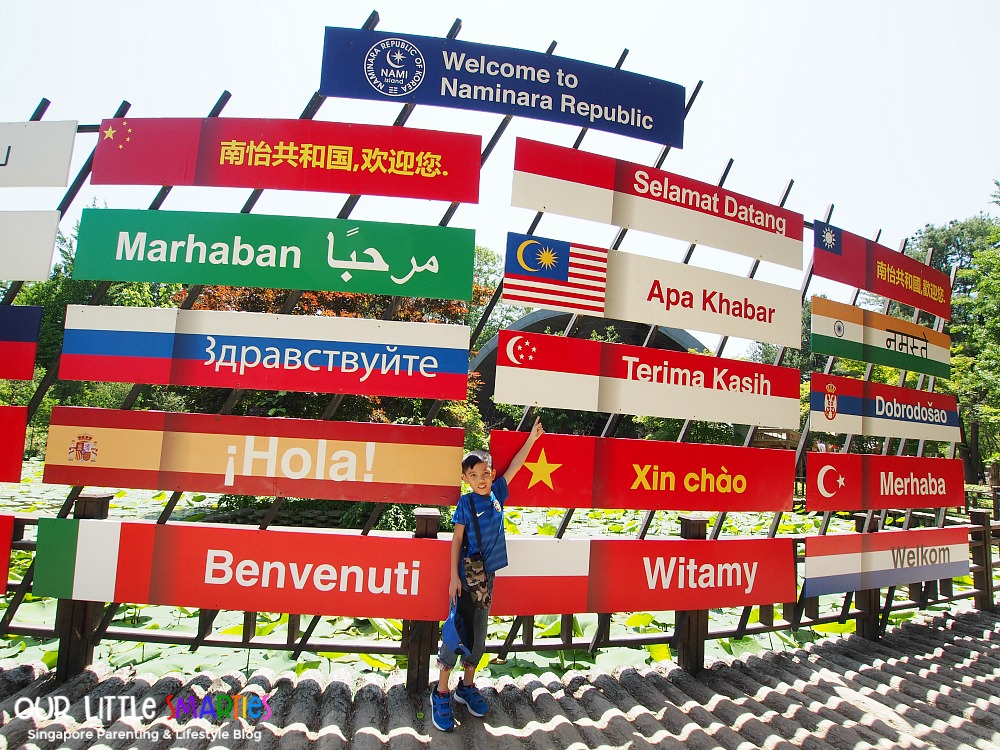 Accommodation such as resort villas and bungalows are also available for visitors to stay on the island – although I don’t think it’s necessary unless you missed the last ferry. 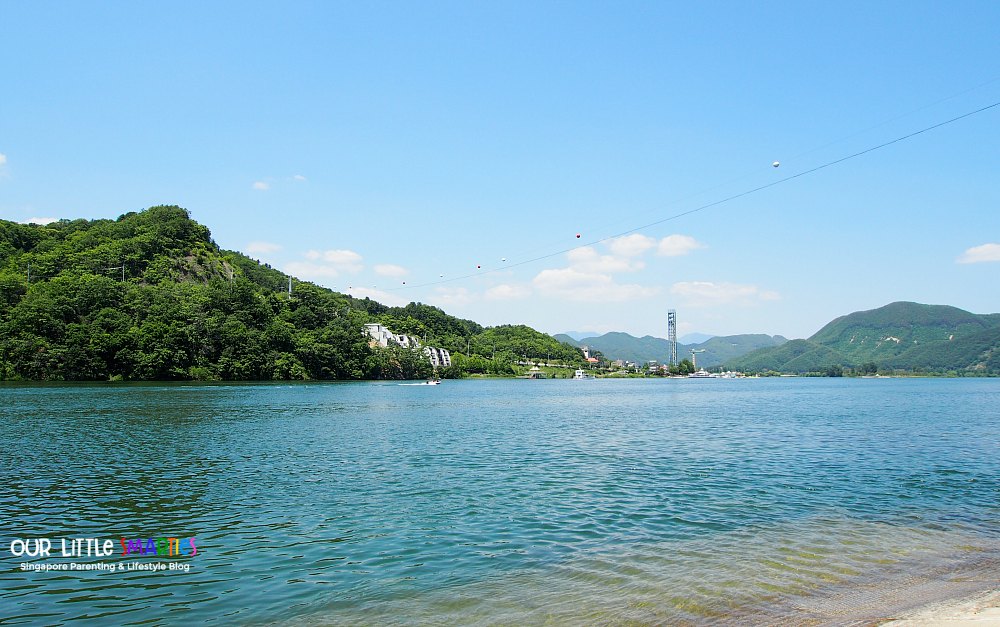 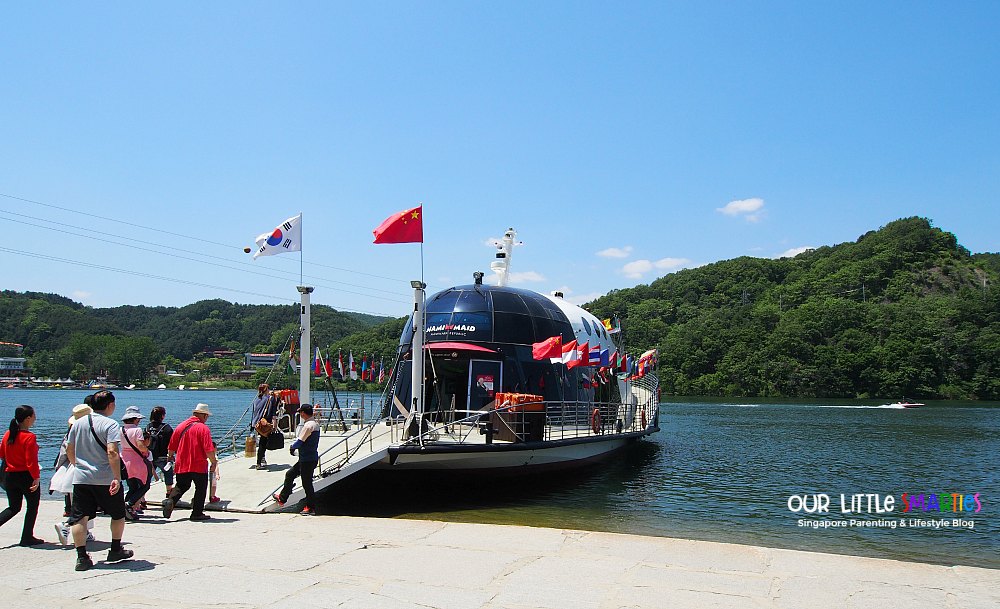 Taking the ferry back to the wharf