By the time I wrote this post, I felt like I’ve spent an entire year in Korea! (my wishful thinking) There was never a dull moment for us when we were holidaying in Korea. It was all fun, fun and fun!

On the 6th day of our trip, we visited the beautiful Nami Island in the morning. In the afternoon, it was all about shopping. But before that, this was our lunch – Gamjatang (spicy Korean pork bone soup). It’s the Korean version of our Bak Kut Teh. Served with kimchi, pickled onions, pickled potato and rice, the soup was extremely delicious. 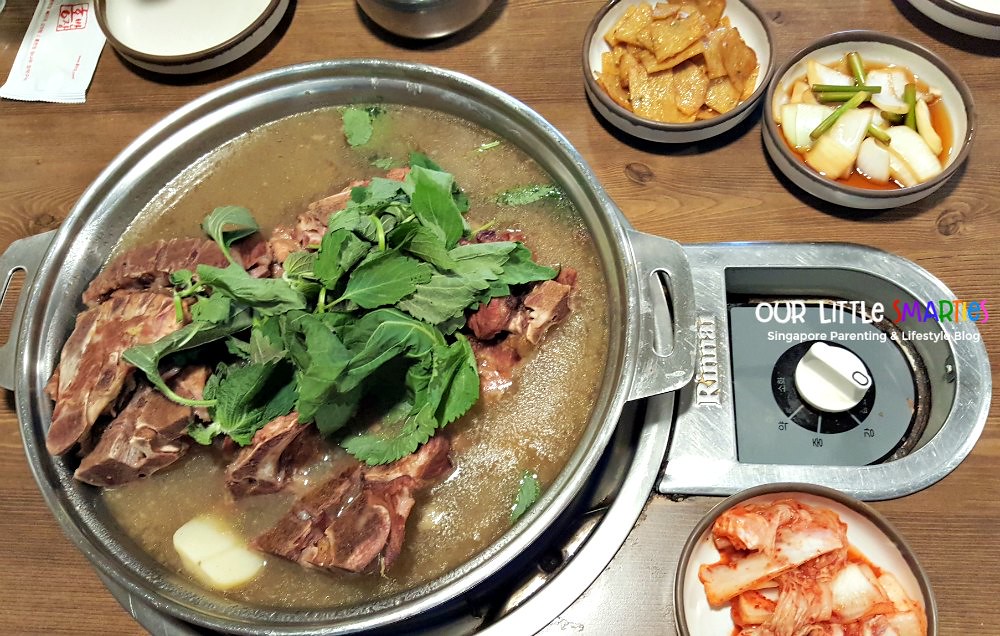 The pork ribs are huge, seriously

Our first shopping destination was Korean Ginseng Museum. The museum is more like a ginseng specialty store for tourists, they sell high-quality ginseng products at above average prices. We were ushered into an exhibition hall with our tour mates, facilitated by their staffs who are all fluent in Chinese. The tour allows us to delve into the history of Korean ginseng, and learn about its efficacy, function and intake method. 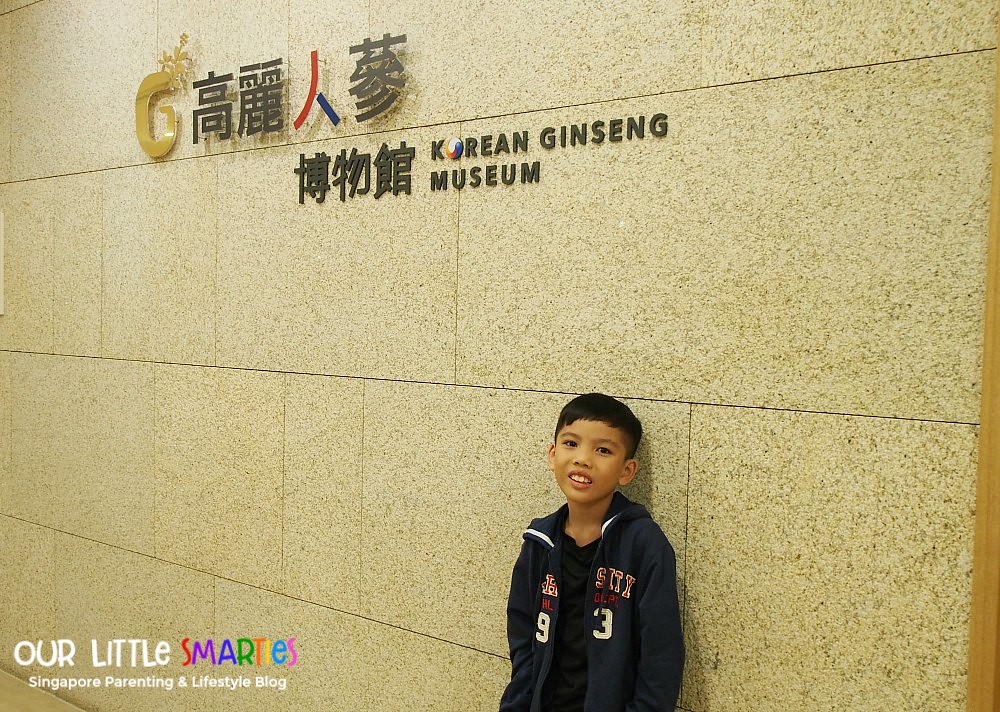 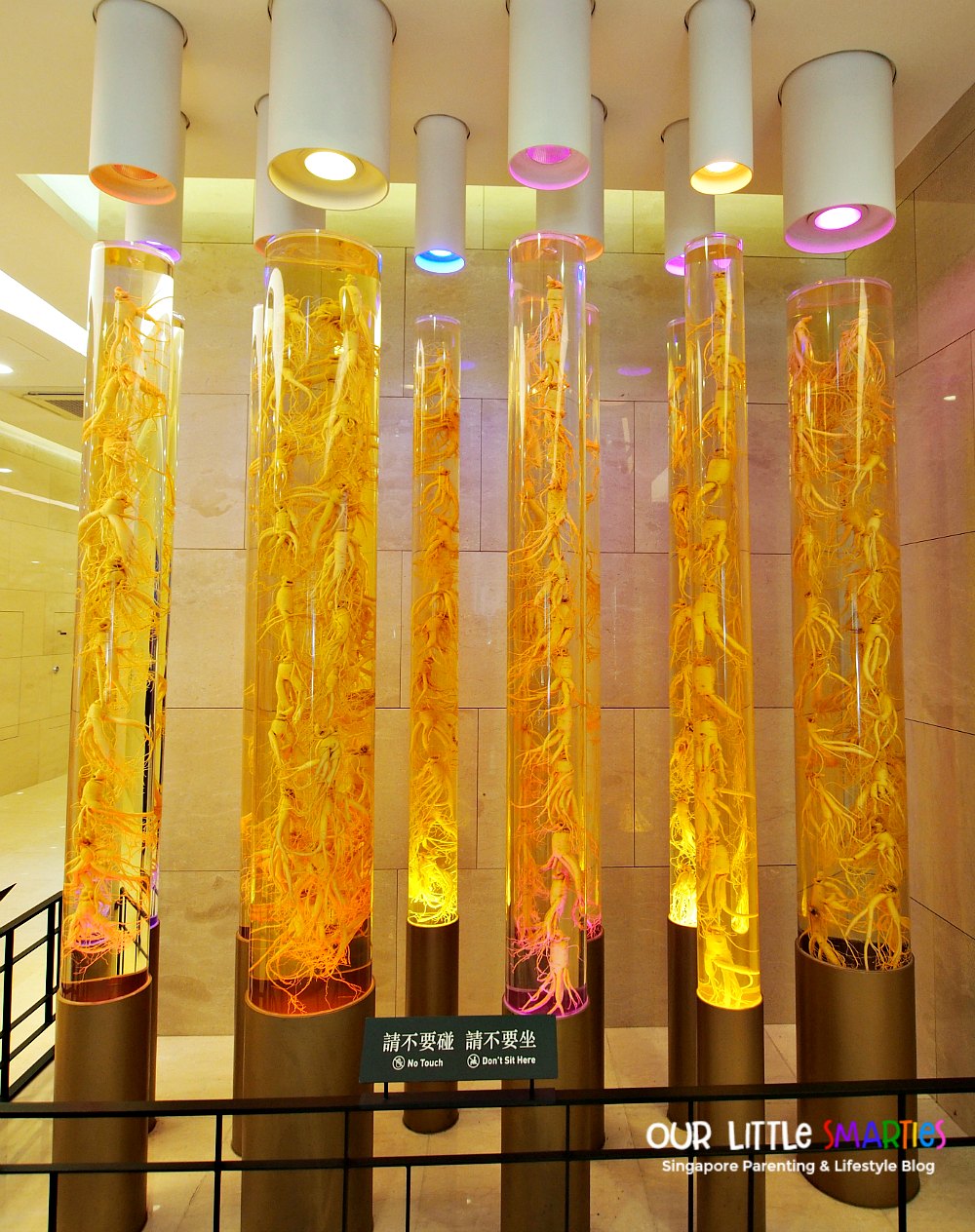 Next, we went to a seaweed specialty store and experienced hands-on Kimbap DIY. It was quite fun. This followed by our Korean traditional costume (hanbok) photo-taking. 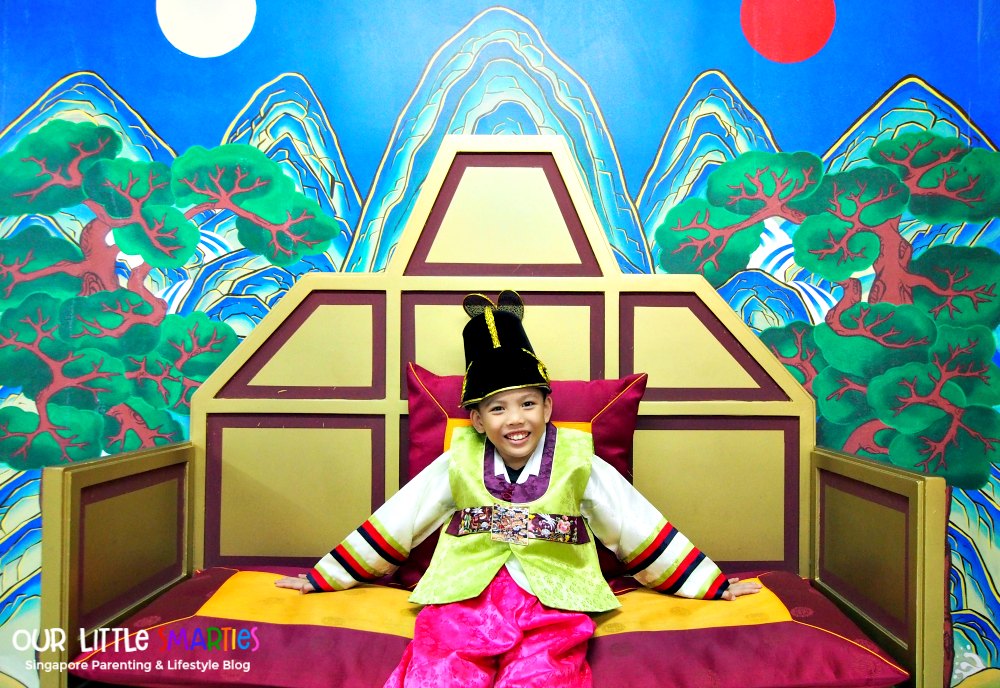 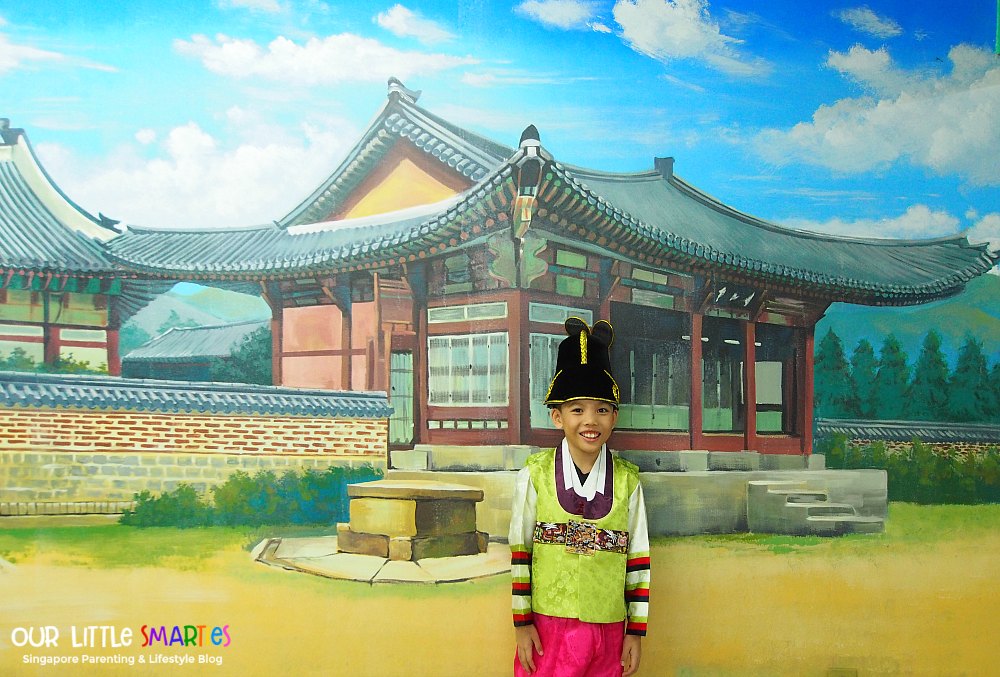 The boy looks too cute in hanbok

Our third shopping destination is Odbo outlet for a beauty course. I know a lot of Korean skincare brands, but Odbo is rather foreign to me. I’m not sure how popular this brand is in Korea – as I didn’t see any Odbo shops in Seoul at all. Not even Myeong-dong.

We were given a beauty course, and of course, it’s all about Odbo products. The brand didn’t appeal to me at all, thus I didn’t buy anything at the store – despite numerous attempts from their ever-so persuasive staffs.

Finally, we were allowed to go for our own free-and-easy shopping at Namdaemun Market and Myeong-dong. Namdaemun Market is the largest traditional market in Korea with various goods in store. All products are sold at affordable prices, and the stores in this area also function as wholesale markets. It’s adjacent to Myeong-dong – approximately 10 mins walking distance from each other. 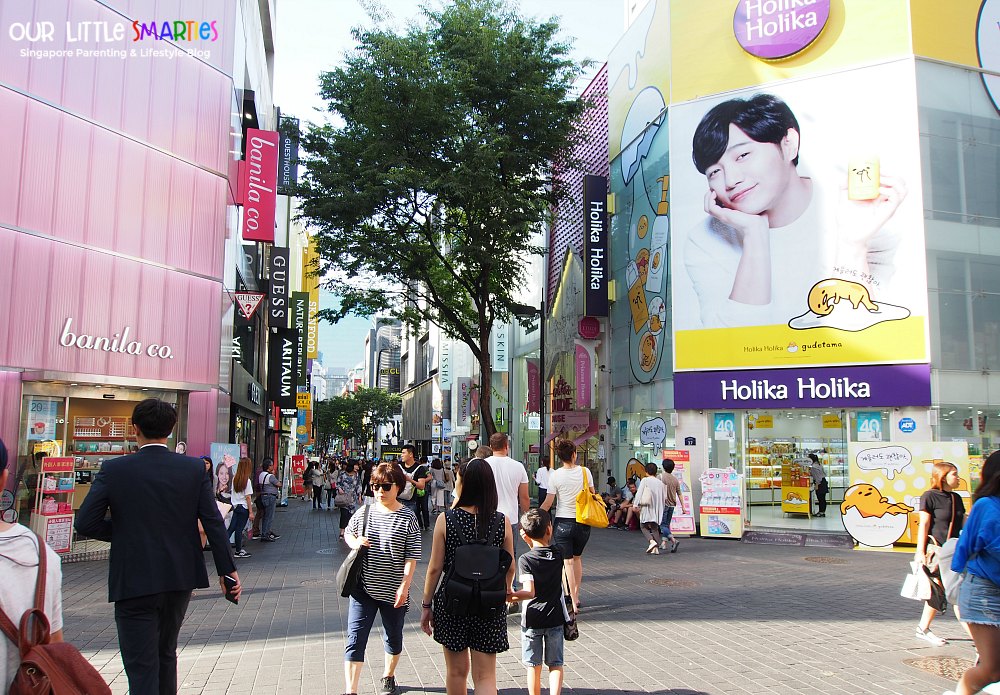 On a street full of cosmetics stores at Myeong-dong

Both Namdaemun Market and Myeong-dong are very congested, but I prefer the latter. Myeong-dong is a mixture of street stalls and retail outlets selling everything from modern chic Korean fashion to cosmetics. To me, it’s like a cosmetics heaven! They have all the popular Korean Cosmetics chains such as Skin Food, Etude House, IOPE, Banila Co, Innisfree, Missha, The Face Shop, Nature Republic, Mamonde, etc. Interestingly, these stores have branches in almost every side street and every alley in Myeong-dong area. 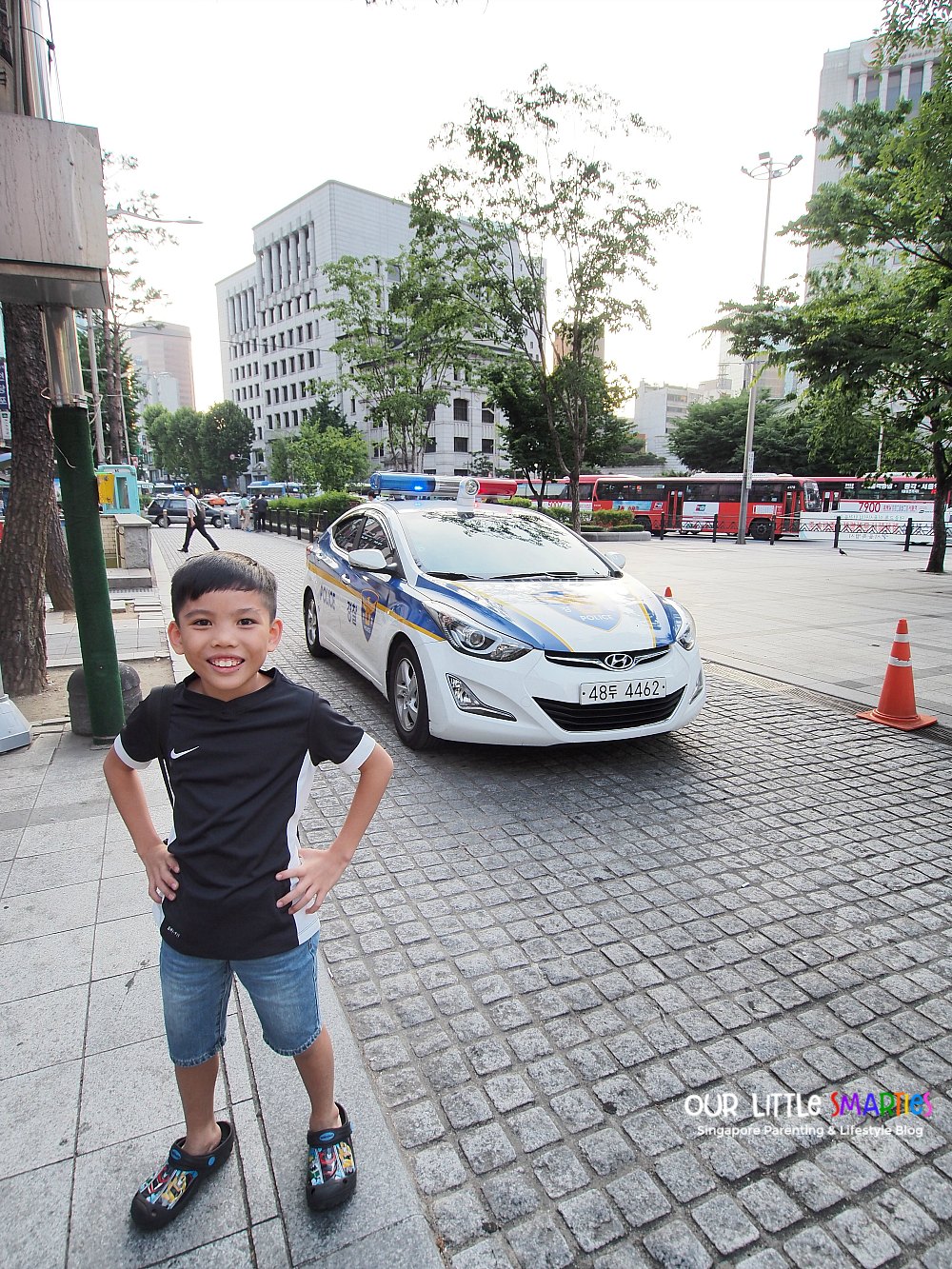 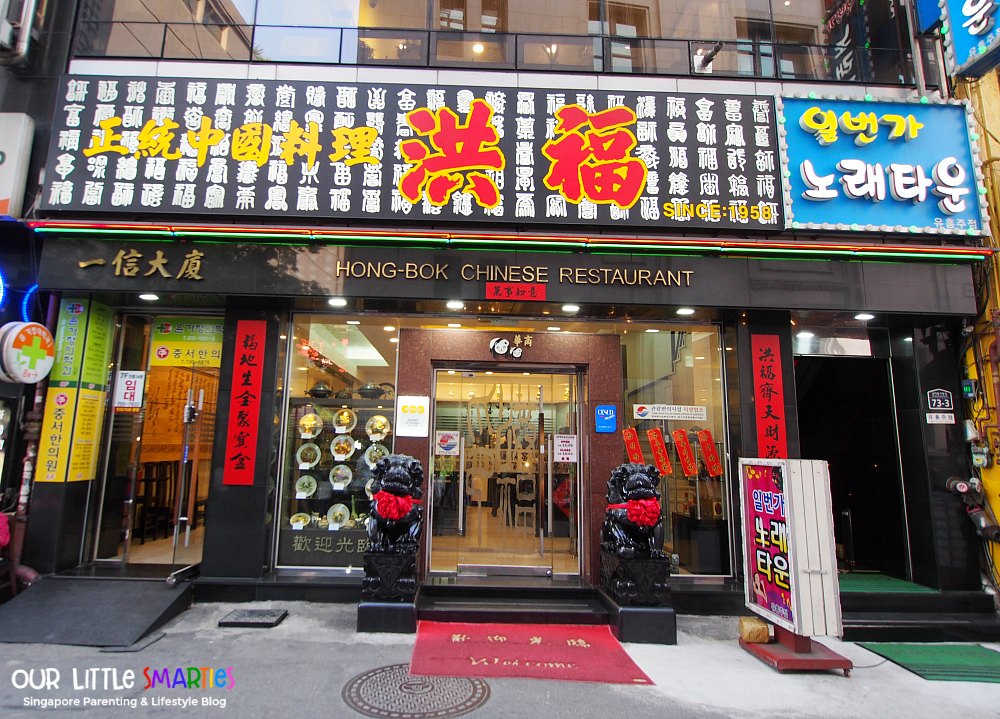 Dinner was a surprise to us simply because it was CHINESE FOOD. Ha! I had to bold the words to emphasize how excited we were to be finally eating Chinese food after having kimchi for consecutively 6 days for every meals. All our tour mates were equally delighted even though the Chinese food is nothing like our own local food. We were simply relieved to be able to get away from kimchi for just one meal. Pathetic us, haha!

After dinner, we were brought to see a show. It was the JUMP Martial Arts Performance Show. By the look of its stage, I thought it was rather boring. However, it totally surprised me. The show took slightly more than an hour, and we were all bursting with laughters throughout the show. Even Edison commented that the show is very fun and entertaining. 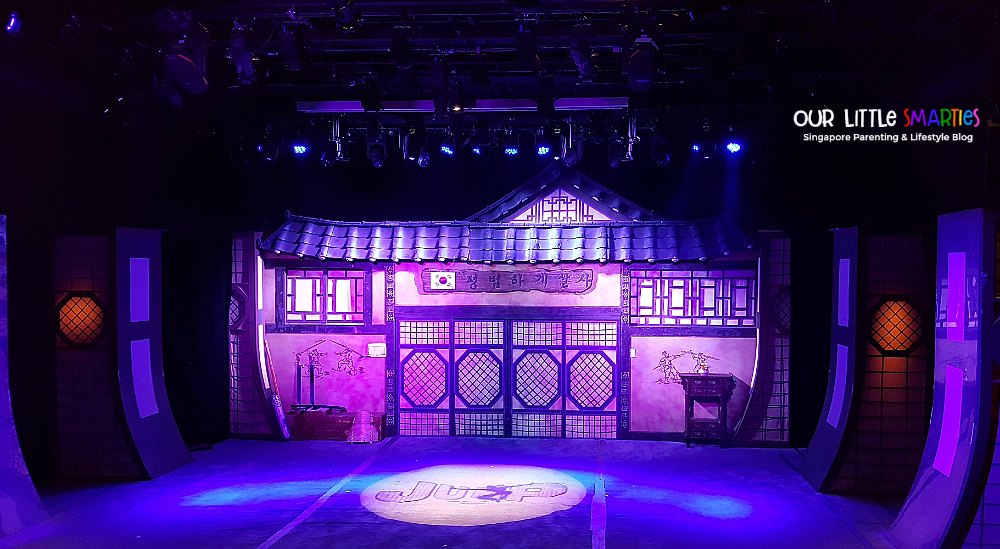 JUMP is a Korean comedic theatrical performance involving martial arts, acrobatics, and dance moves. The plot involves a Korean family preparing for a suitor for their daughter. The family’s efforts are at first disturbed by a drunken uncle, and then by two silly burglars. The suitor is a meek young man except when his glasses are removed. Thereupon, he is transformed into a martial arts power-house, similar to Bruce Lee.

I realized that the show is in fact very popular. It’s even listed on Wikipedia and has been performed at various venues around the world.

The most beautiful and spacious hotel room in our entire trip!

After the show, it was already close to 10pm. We were so exhausted, and everyone had a great night sleep at Sheraton Grande Walkerhill Hotel.