Las Casas Filipinas de Acuzar is a unique Philippine-Spanish heritage site located in Bagac, Bataan. It took us 2.5 hours to get there from Clark. By the time we reached, Edison was screaming buttocks pain from sitting too long LOL. But the pain was so worth it because what we were going to see next was totally mind-blowing! 😍😍

This heritage site is like a huge open-air museum, it will definitely pique your interest in Philippine history even if you’re not that much of a history enthusiast. It is owned by José “Jerry” Acuzar, an architect and art collector who is also a construction magnate who is famous for his passion for historical architecture. He started to rebuild Spanish colonial-era mansions in Bagac since 2003. In 2010, this heritage site was officially opened to the public. 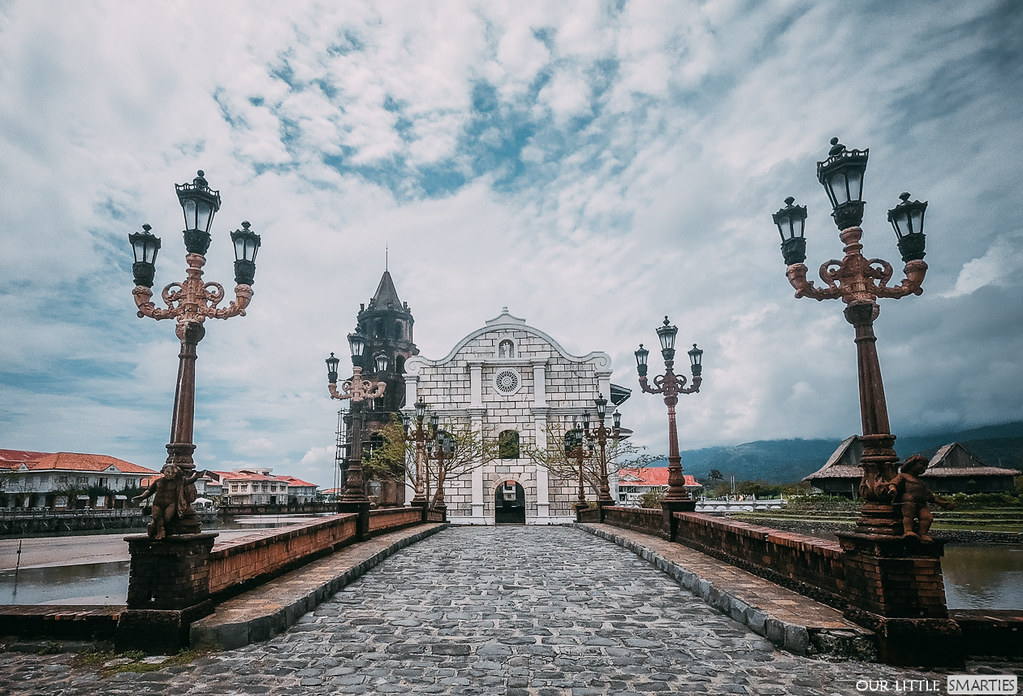 Spread over 400 hectares, the site features a collection of 27 Spanish colonial-era buildings and stone houses from different parts of the country from 17th to 19th centuries. They were chosen based on their historical, cultural and architectural value. Some of them were turned into luxurious accommodations while others are open for public viewing. The resort also has a restaurant, a beach, kalesa rides and a swimming pool.

In general, these houses have stone foundations on the first floor and made of wood on the second floor. They were carefully dismantled, brick by brick, plank by plank, and transported to the heritage site, where they were reassembled and restored. 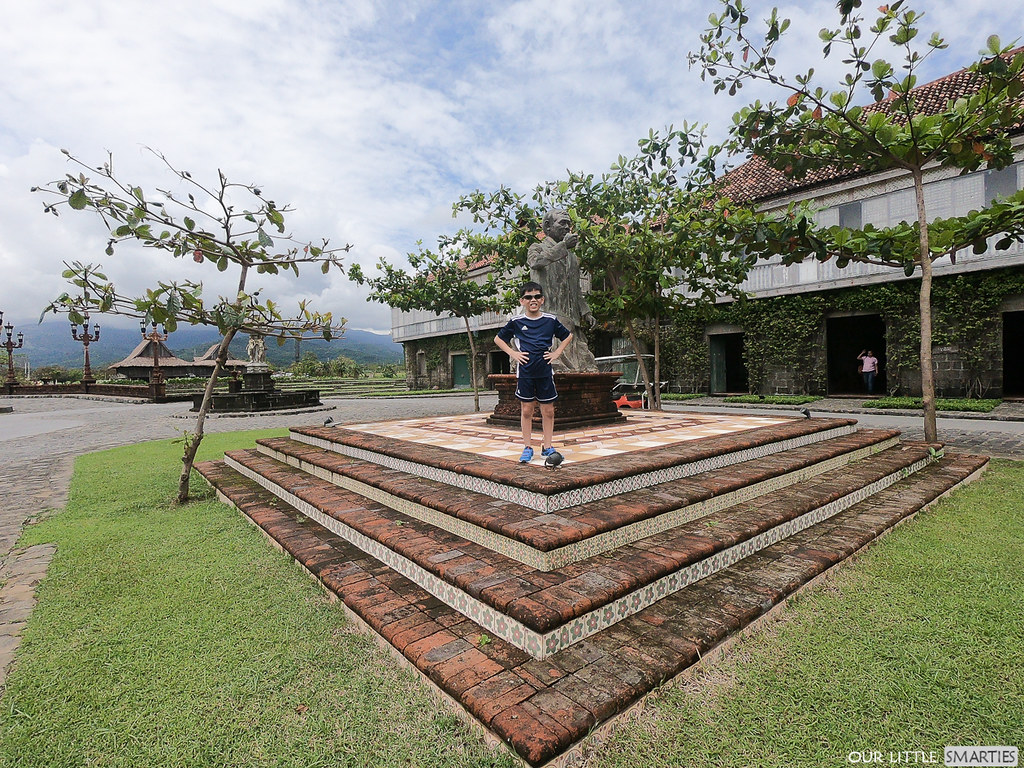 Acuzar often bought these houses that were in a state of neglect. For parts that were missing, woodwork and bricks were replicated to resemble the original structure. A workforce of 130 people, including 10 wood sculptors, 3 metal sculptors, and 30 craftsmen were employed to meticulously restore and rebuild these houses.

I’m 💯 impressed with the careful restoration from their dilapidated state to their current pristine look. Casa Bizantina, for example, was originally built in 1890 in Binondo, Manila. In 2009, it was dismantled and transferred to Las Casas, and was refurbished into a luxury accommodation. Can you believe it? How can a 128-year-old casa (Spanish word for house) be maintained under the hot sun and rain? 😲 I wondered what kind of wood they used. Hahah!

We reached the park at about 12 noon. So, we had our lunch at Café Marivent before starting our Walking Heritage Tour. As the park’s flagship restaurant, Café Marivent has a huge seating capacity (both indoor and outdoor) with an amazing view of the park. It serves authentic Filipino-Spanish cuisines like chicken binakol and their famous gabi ice cream.

Now, we were all ready to chow down on these Filipino favourites! Yummy! 😋

After a fulfilling lunch, we started our Walking Heritage Tour. Personally, I felt that it’s essential to join a tour to fully appreciate the casas. There are various tours scheduled throughout the day, each tour runs for approx. 1.5 hours led by tour guides who can tell the story of each casa by heart.

During the tour, visitors can enter some casas which normally are not opened to the public. The tour guides, who speak fluent Filipino and English, share valuable insights about the origins and history of the casas, including some shocking controversies surrounding them. Stories of massacres, affairs and abandonment, scary? 😲

The casas are named after the provinces they originated from, showcasing traditional Filipino craftsmanship through the Spanish occupation. Here are some pictures of the casas. 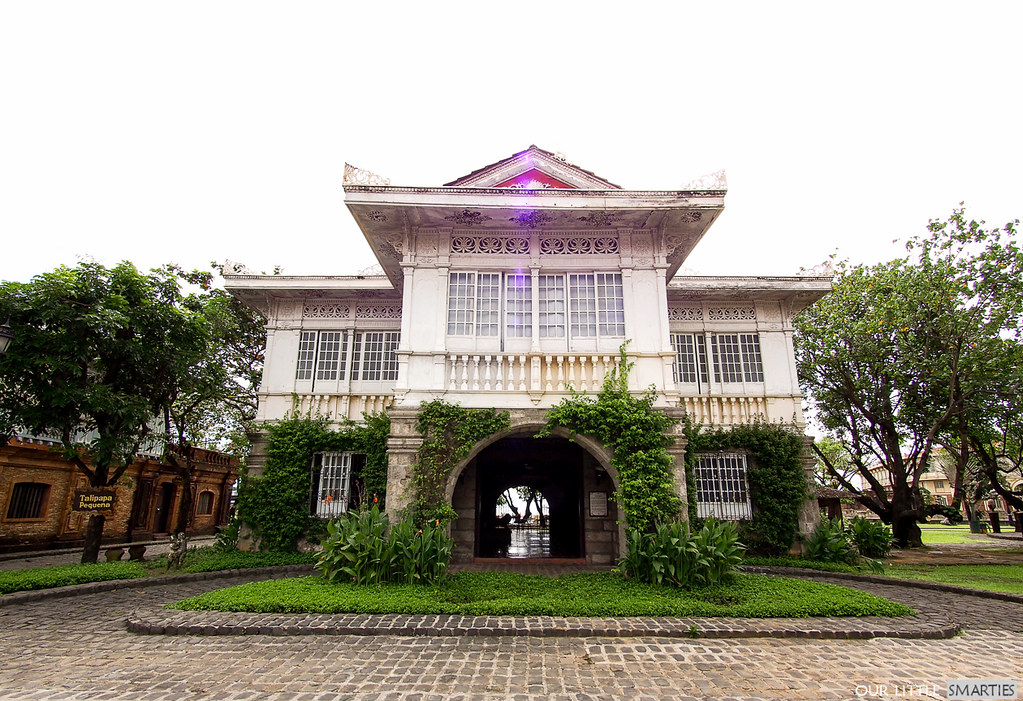 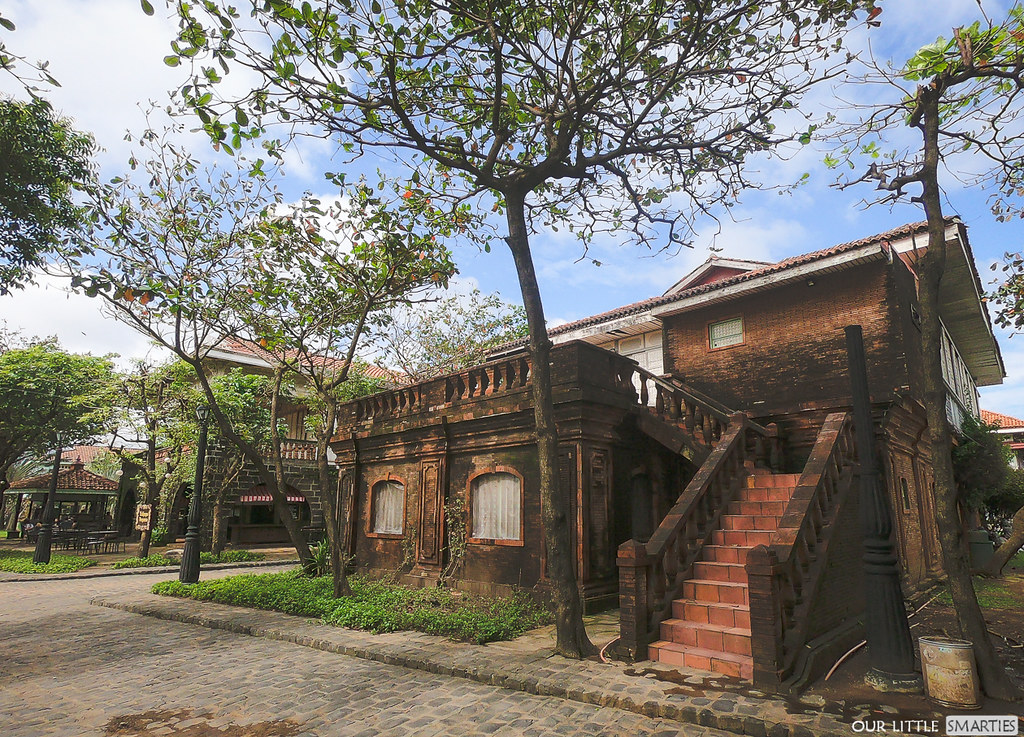 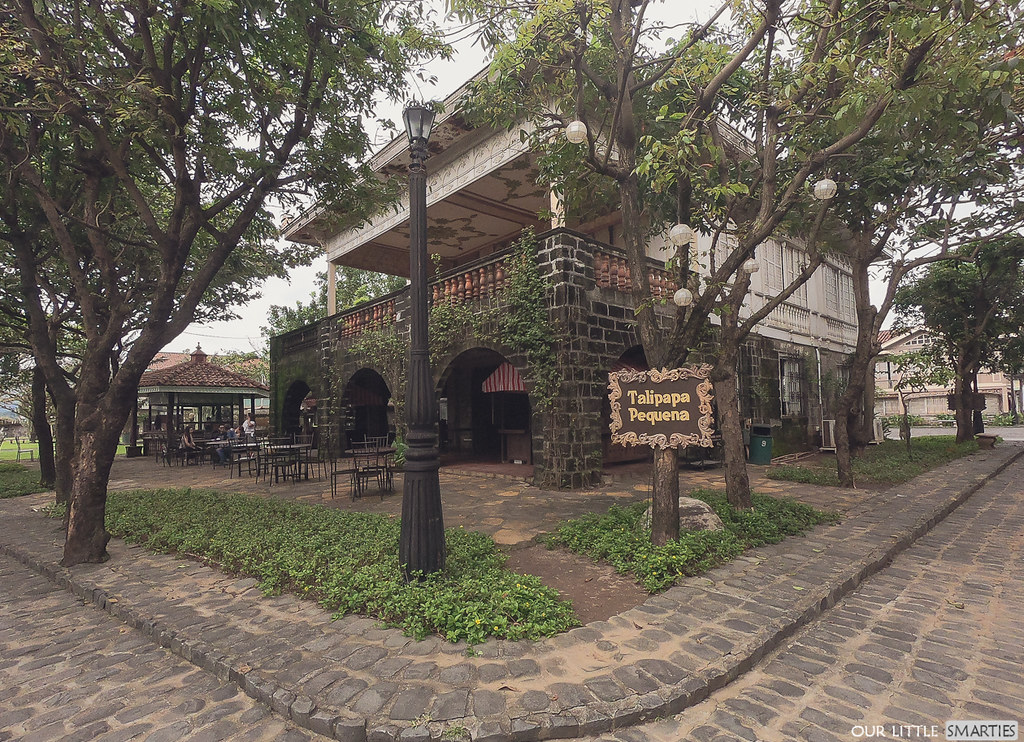 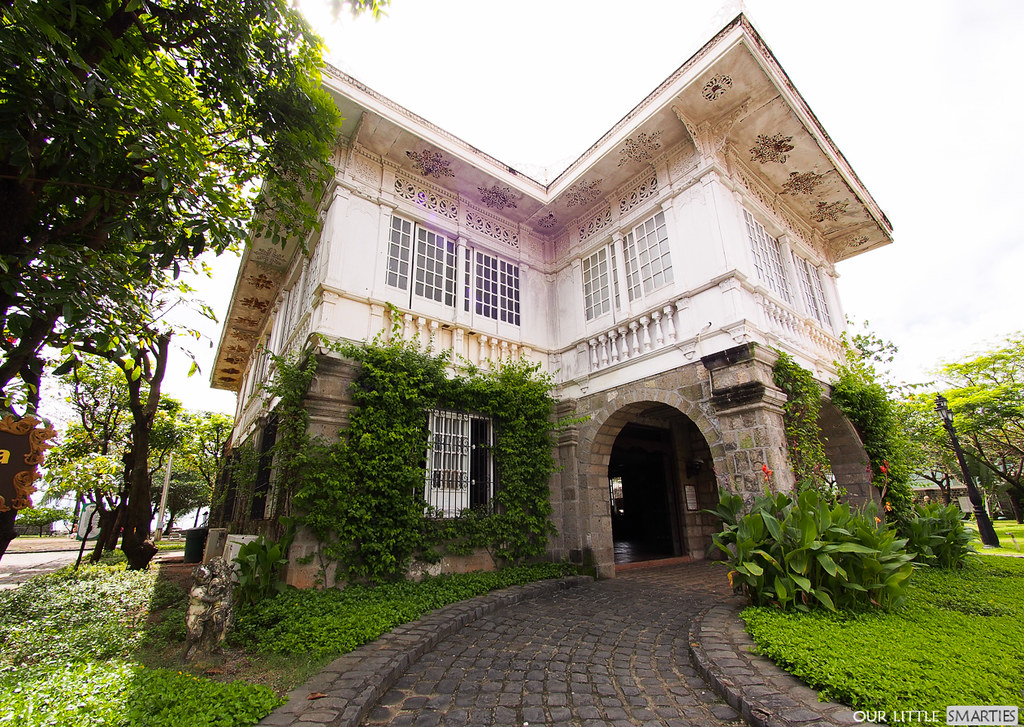 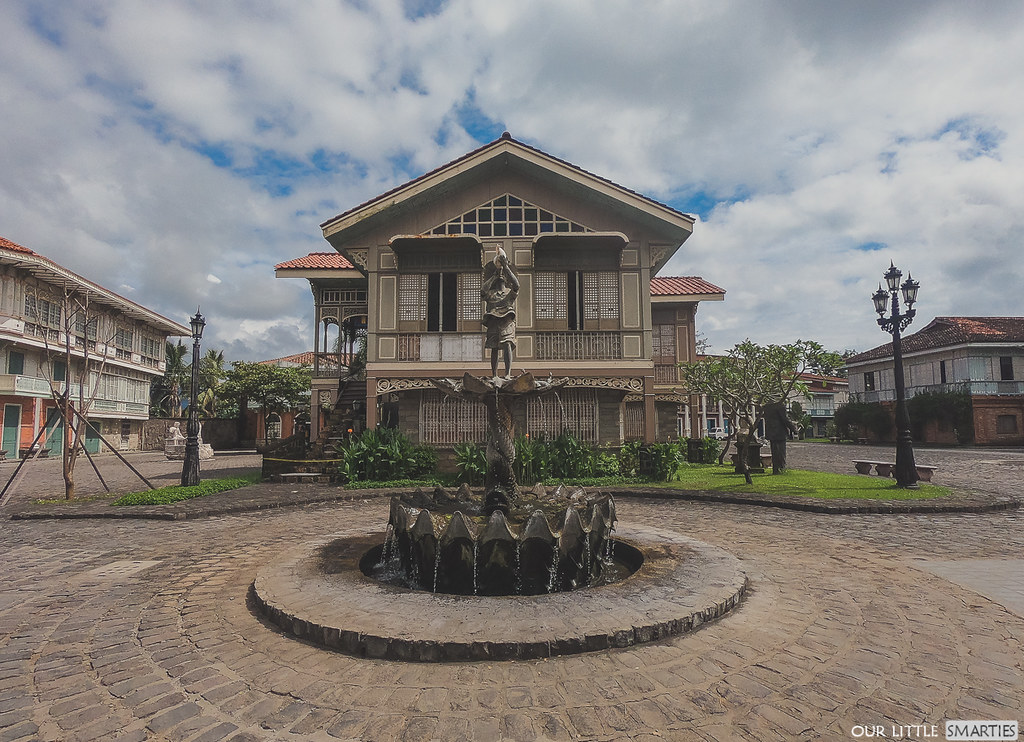 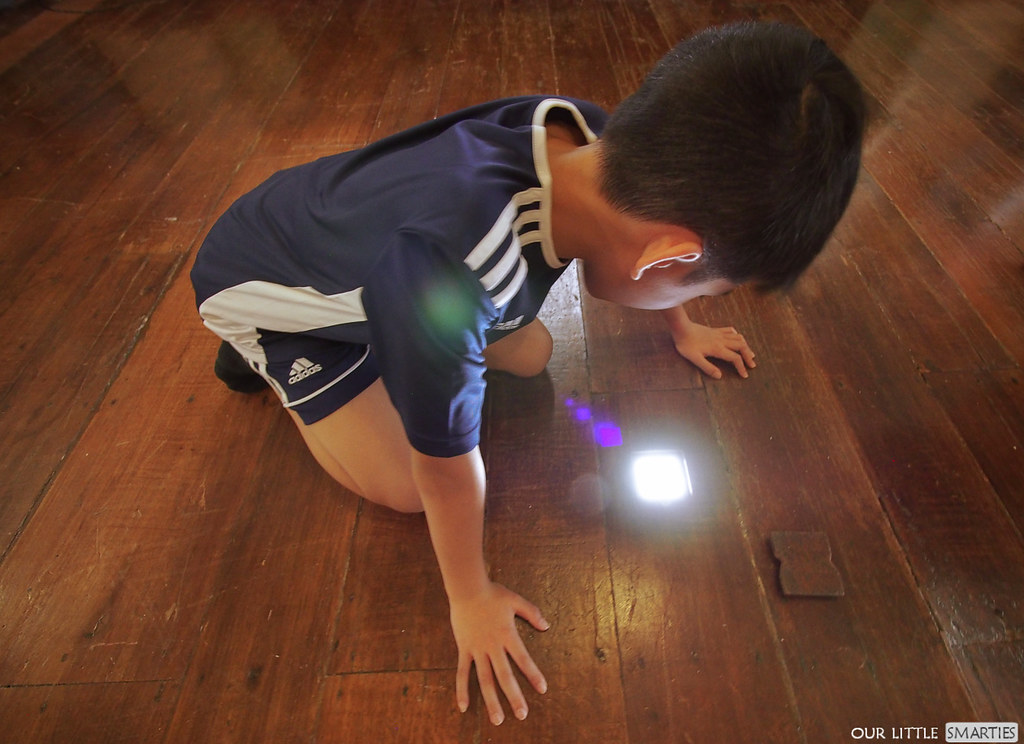 What is Edison looking at? It’s an old time “CCTV” LOL! It’s actually a hole made on the second floor where the owner can peep at their visitors before deciding whether to allow them in. It’s better than a CCTV because you can pour water down if your enemy is standing there. Hahah! 🤣

As mentioned earlier, the park is very big and it’s impossible to cover the whole area by foot. Thus, free shuttles go around the park which is super convenient since it gets quite hot by mid-day. The jeepney makes it rounds continuously at various pick-up points at the park.

Now, the most interesting part – our tour also includes a kalesa ride and a river cruise! Kalesa is a horse-drawn carriage used in the Philippines during the 18th century by Spanish colonizers. Getting on a horse-drawn carriage was an amazing first-time experience for us. I’ve never thought I could hear the sound of horseshoes striking the cobblestone streets. It felt so surreal! 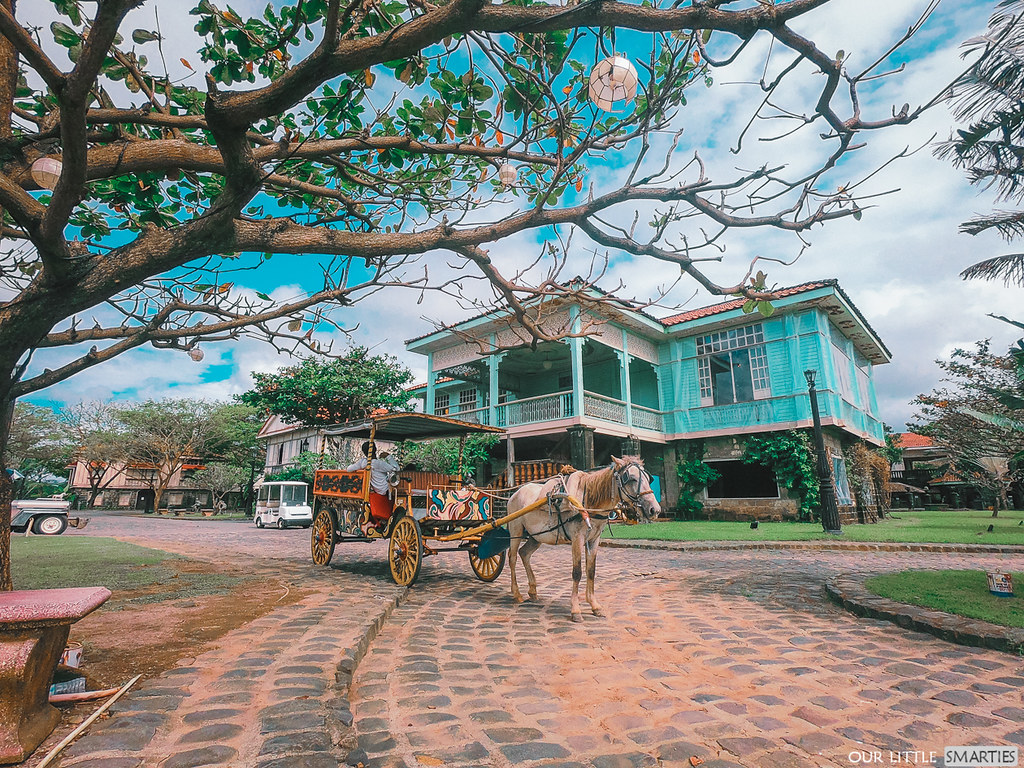 The river cruise allows us to see the casas in a different perspective. We rode a balsa that cruises on Umagol River. It’s a natural river that was expanded to fill the site that adds to the authenticity of the look. The tour lets us explore Estero de Binondo, which is a representation of the old Binondo – the oldest Chinatown in the world that grew into a place of commerce since before Spanish times. 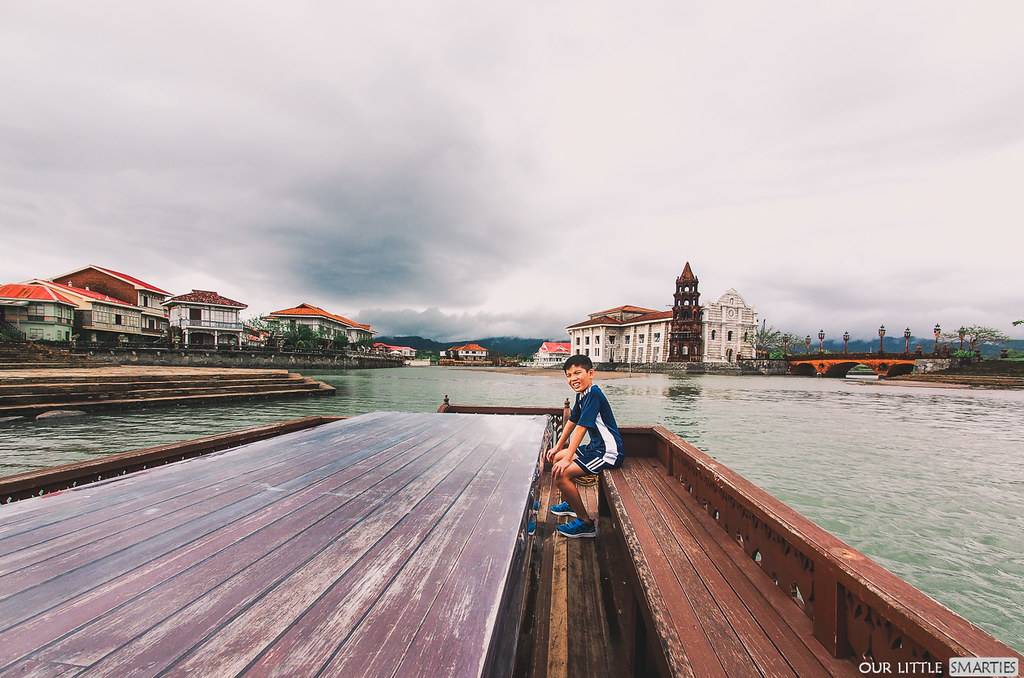 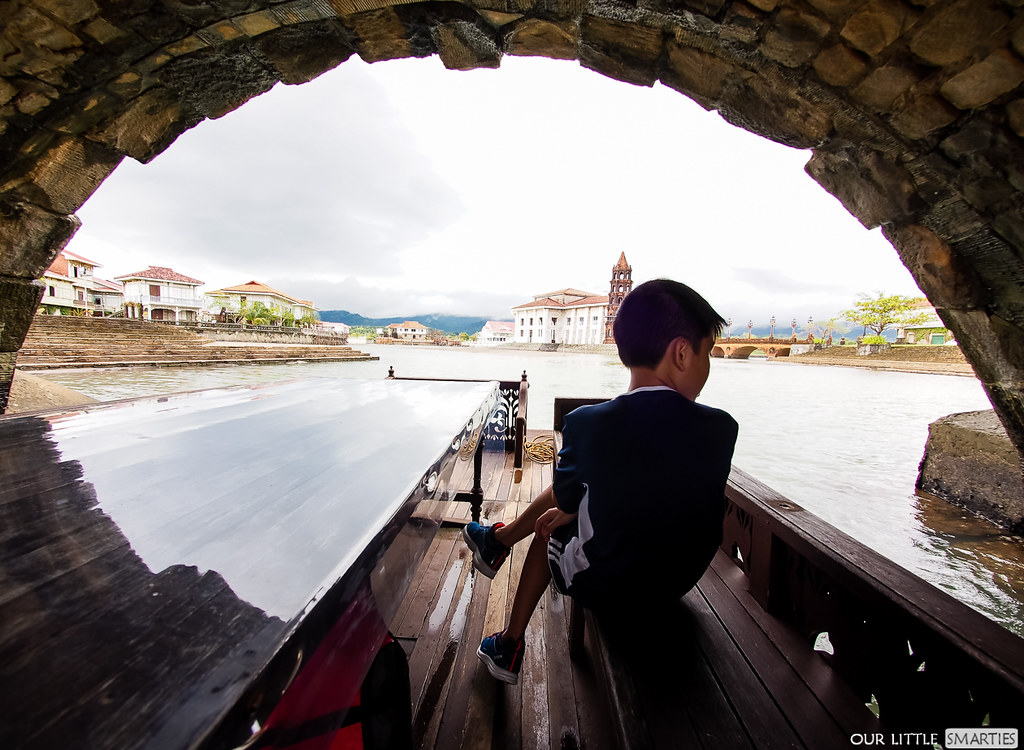 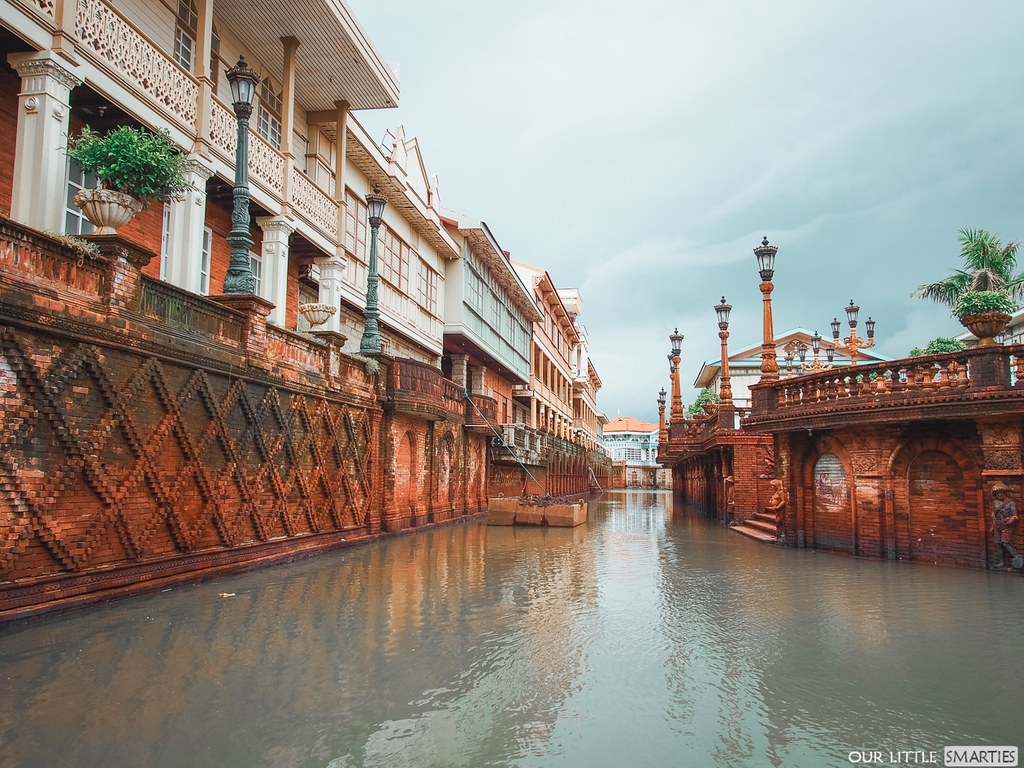 The river cruise experience is like being in Venice – exploring the waterways on a gondola. How nice! 💖 It was such an unforgettable experience.

All in all, we spent about six hours at the park. To be honest, I don’t like being under the hot sun, but the beauty of this place made it so worth it! Visiting Las Casas somehow felt like time travel to life in the Spanish colonial era. The resort is also fronting the West Philippine Sea, thus the clean blue water and gentle sea breeze were so inviting too. 😀 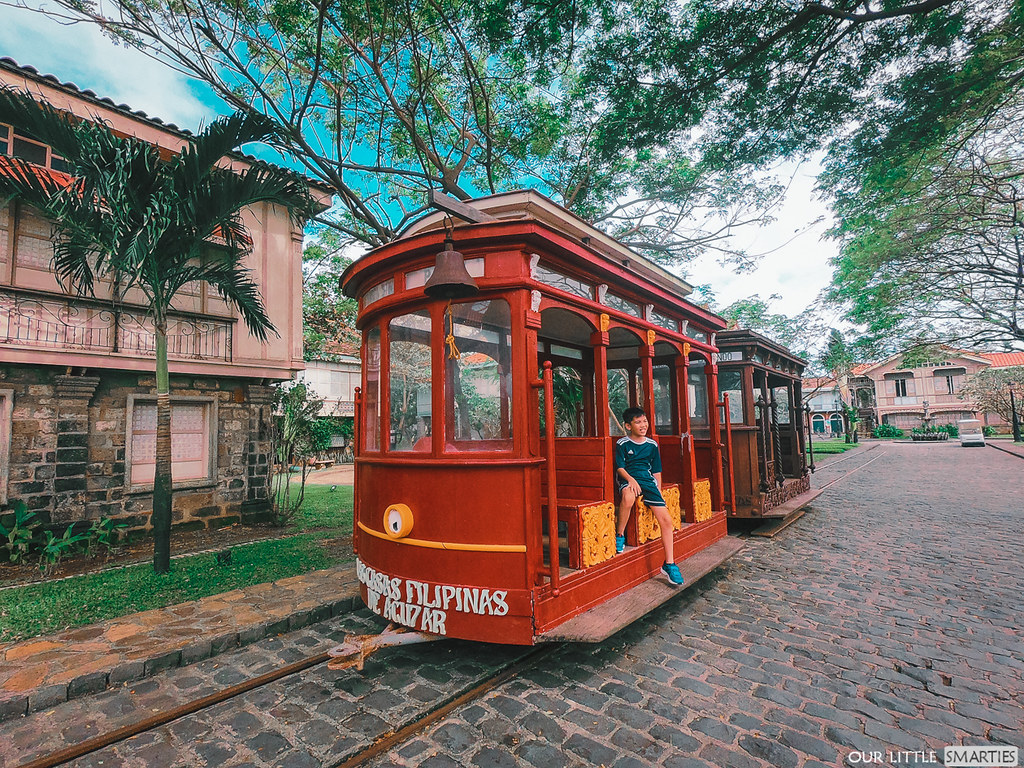 You might want to consider spending a night or two at the resort, so you’d have more time to chill and explore at your own leisure. 😃 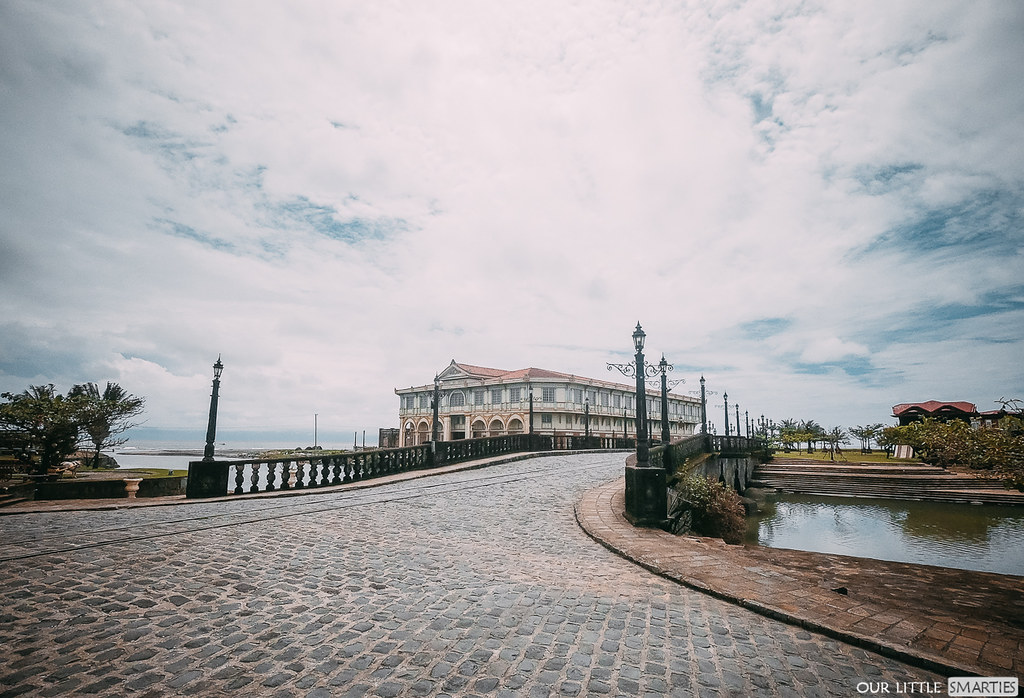 Wow! There goes my super looOong post on Las Casas Filipinas de Acuzar. I had so much fun editing every single picture on this post because I like them so much. And I hope you enjoyed reading my post too! You can also find more of our Clark travel photos on our Instagram @ourlittlesmarties #smartiesphilippinesadventures and our Flick album.

Disclosure: This is part of a 5D4N Media Familiarization Tour to Clark-Subic-Bataan with Cebu Pacific Air and Philippine Department of Tourism.