Kids may not remember the things we bought for them, but they will cherish memories of them travelling with us. I often ask myself, “What I want Edison to remember about me when I grow old and leave the world one day?” I hope that he will remember me as a mother who has travelled with him to many beautiful places since he was as young as 2+ years old. Therefore, I aimed to travel with him as least twice a year for as long as I can afford. 😀

This is also the reason why I started this blog. I hope that when he reads it in future, it will bring him all his fond childhood memories when we travelled together. I think of this blog as a precious time capsule built for Edison to collect all our precious travel moments. There are pictures to look back upon and stories to refresh our memories when he grows up (and when I grow old!).

The first time we bought Edison for a vacation was in Jan 2010 – he was 2 years and 4 months then. We boarded the 4D3N SuperStar Virgo cruise to Penang and Phuket. Cruise vacation is the most ideal (and stress-free!) for parents with young kids as you don’t need to worry about taking a flight. You can join an offshore excursion if you want to, but even if you don’t, there are plenty of activities on-board to keep your kids entertained.

A year later in 2011, we brought him for our first overseas vacation to Hong Kong. This was probably the second time Edison took a plane (first time was when I brought him to my hometown in Ipoh). I still remembered how he kept asking when we’re going to reach. He was getting impatient for sitting in the plane, so I had to carry him and walked around the aisle to keep his boredom at bay. 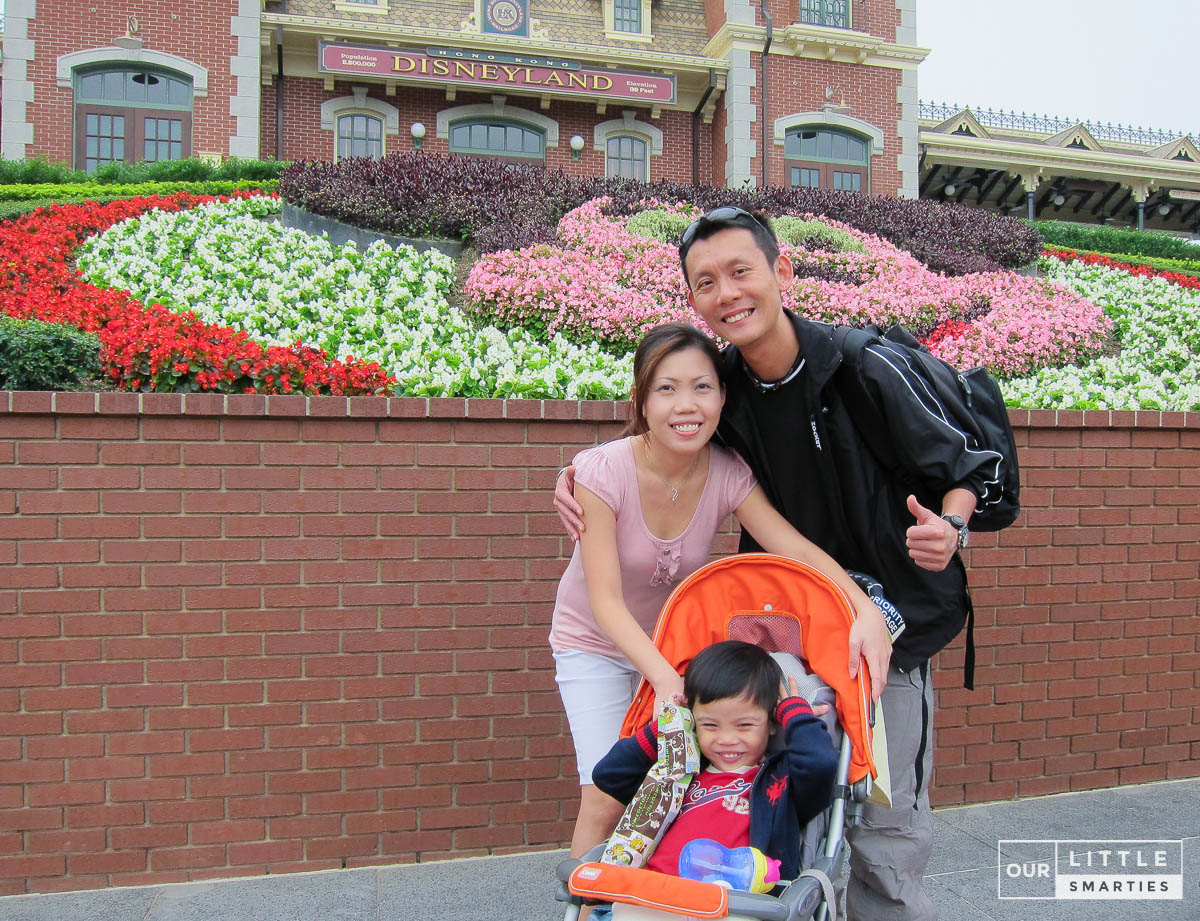 One of my fondest memories in this trip was at Ngong Ping Village where V and I took turn to carry Edison up a flight of stairs with 268 steps to see the Giant Buddha on top. He just refused to walk on his own LOL. Thinking back, I can’t imagine how we did it but I’m sure the laughter on our faces when we reached the top was PRICELESS. 😆

In 2012, we brought Edison to Hong Kong Disneyland again to celebrate his fifth birthday. As he was older now, he enjoyed himself more at the theme park than the year before. His fondest memory is the photo-taking session with Disney characters during breakfast.

Edison turned six in 2013. We went on a free-and-easy trip to Gold Coast and Brisbane, and this trip has been one of the most unforgettable trips for us. There were many first times for everyone, from feeding the wild dolphins to watching the whales, going on four-wheel drive safari tour, sand tobogganing and riding a helicopter. We also visited the Sea World, Dream World and Warner Bros Movie World in Gold Coast.

When Edison was in Primary 1, we joined a group tour for the first time to Central Japan (Tokyo, Osaka, Nagoya). I was initially quite worried because group tour is quite rush and the schedule is packed. Moreover, Edison was a slow and fussy eater. Luckily, it all turned out well. He didn’t fuss over long bus ride, he ate whatever we ate, he followed instructions, no toilet emergencies, and he could sleep well on the plane too. Tokyo Disneyland was an eye-opener for him, and he also rode the bullet train for the first time.

In 2015, we travelled to Taiwan on free-and-easy. As Edison was more well-versed in Chinese Language now, he enjoyed this trip and learnt a lot about traditional Chinese culture. He loved taking the High-Speed Rail where he can enjoy the fancy Taiwanese-style bento. He was also fascinated with the sight of Taiwan night markets that are buzzing with energy, activities and yummy food smell too.

The following year, we made a trip to Korea for the first time. It was a 9D Korea group tour. This was the second group tour for Edison, and no doubt, it was even easier. We had a free-and-easy day to explore Seoul on our own. He began learning how to read maps and find directions using the GPS. It was fun raising a young traveler like that. I also remembered how he mastered the use of chopsticks from this trip. Korean chopsticks are harder to use because they are ‘flat’, so it was a good training for him.

In 2017, we went on a 7-night Thailand & Vietnam cruise on Royal Caribbean Mariner of the Seas. This was our first time on a Royal Caribbean cruise and our third time cruising. We enjoyed it immensely. In the same year, we also travelled to Thailand – Bangkok and Chiang Mai.

Travel is a great opportunity to teach our kids the diversity in the world. When we visited the Golden Triangle, we saw many less privileged kids begging for money. This is not something he can see in Singapore, and it dawned on him what less privileged truly means in real life. And of course, I told him to share what he had with these kids – and he did!

Edison said that his most memorable trip of all is our Hokkaido winter trip last year. Snowing is like heaven, he said. When snowflakes fell on his face, it was like kisses from the heaven. This is how he describe it. Travel has also taught him that multilingualism is a fun way to experience the world. He learnt some basic Japanese conversational phrases and was so proud of himself. 😄

Additionally, I also realized that travel helped to ease Edison’s fussy eating habit. He is more adventurous in trying out new food now. He eats Thai curries, tom-yum, wasabi, kimchi and all sorts of hot and spicy food.

Over the years, travel has made him interested in geography, world maps, hotels and airplanes. He formed a better understanding of the big world out there. Additionally, he’s also keen in learning about capitals of the different countries he has visited, their currencies, their languages and being able to look for them on a map.

I’ve always said that travel is never wasted on kids. There will always be fun stories and anecdotes you’ll remember at the end of a trip. Do you enjoy travelling with your kids too? If yes, tell me about your special travel memory in the comment section below. I’d love to hear from you too! 😊

Our first family trip with the kiddos was on a cruise too.. it was hilarious how clumsy we were back then with kids in tow.. years gone by and we’re glad to have brought our kids to many countries like you…